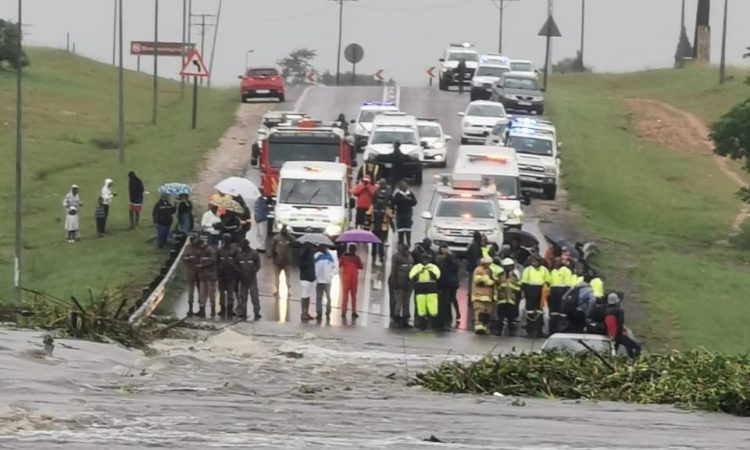 Pretoria – Relentless flood water brought Mamelodi to its knees on Monday, with more than 700 shacks swept away at Eerste Fabrieke informal settlement.

Rain-triggered disasters, including flash floods and landslides, crushed the informal settlement located on the riverbed.

Rescue divers had to be brought in to bring some relief.

Some residents stood on top of their shack roofs, while others attempted to swim. Others piled up stones, tyres and old wood to make paths.

The residents, who over the years built thousands of shacks on a river bank along Tsamaya Road, felt history was repeating itself; this was the third time an incident of this nature hit the area.

According to one of the community leaders Shadrak Morena, residents had to flee their homes when the flood engulfed the shacks at about 9am.

Water caused some structures to collapse, and the flood swept away their personal belongings.

Morena said that residents, including children, were awakened by the water coming inside their homes at about 8.45am.

They then ran to higher ground.

Residents tried to save whatever they could, but some things were completely destroyed and swept away. Others were, however, too scared and didn’t manage to take anything.

Hey Fam. Let's not forget to put our brothers and sister in our prayers. What's happening in Pretoria with the #floods is horrible. #Flooding #PretoriaFloods #Mamelodi #centurionfloods #CenturionFlashFloods pic.twitter.com/zh7BINnS6A

“It’s a dangerous thing living here because we don’t know what will happen next time when the rain comes,” said Morena.

Tsamaya Road was cordoned off for most of the day, with joint rescue operation teams trying to devise a plan to save the residents.

The families were taken to the community hall located on higher ground near the stricken area.

Tshwane Emergency Services spokesperson Charles Mabaso said: “We got a number of shack dwellers trapped here because of the high levels of water. A number of them were on rooftops, but we had emergency services and water technicians to assist them.

“Earlier we had reports that two children had been swept away by the water in that area, but it is not yet confirmed.”

Displaced shack dwellers would be given alternative accommodation at the Mamelodi Hall, he said.

Acting Social Development MEC Panyaza Lesufi visited the community crippled by the flooding and said the department would provide assistance to the displaced residents.

Lesufi said no casualties were reported, but a lot of people were stuck in their shacks and some at the river banks.

“We unleashed all our resources with regards to emergency food and blankets,” he said.

“For families that are in distress, we can carry them for the next 48 hours until the situation is under control.

“I think the first line is to protect the poor, protect those who are in danger and then take them to safety, provide assistance and allow the emergency services to do their work.”

Motorists in Pretoria North also had their fair share of frustrations and chaos owing to flooding.

The notorious Apies River low-level bridge in Capital Park remained closed for a second consecutive day yesterday much to the frustration of motorists.

Huge tree branches were washed away by the river. The river banks also burst, making the road and surrounding areas completely unsafe to drive on.

Despite the warnings, some motorists attempted to pass but were stopped and directed to an alternative route.

It was a complete nightmare on Dr Es’kia Mphahlele Drive, where some motorists had resorted to parking on the side of the road. Van Der Hoff Road was also not friendly to the road users.

Pedestrians struggled to use the roads, and many could be seen trying to jump over flooded areas.

Namola team members said they had been in Capital Park since Sunday assisting people in a need of a medical response.

One of the executives said: “We assist the traffic police and ambulances; we have fire marshals and medical personnel, all in our group. We are just keeping an eye out and the public informed. When the water goes low, we will clear the bridge.”

Meanwhile Thembelihle Mkhonza reports that 71 people were left stranded due to flooding inside the Centurion Hotel.

People gathered outside the hotel to watch as emergency services rescued the people who were still inside when heavy rains continued to batter the capital city.

The floods were so strong that three cars were swept away from the parking lot and into the nearby Centurion Lake. At Centurion Mall, shoppers paused and watched while recording on their cellphones.

Some people tried to remove their cars, but stopped on realising the mission was too risky.

Another motorist used ropes to secure his car to walls and prevented it from being swept away.

In the end, divers and rescue boats were used to evacuate people who were in the hotel. However, on realising the water was too strong for the boats, helicopters from the SANDF were brought. Those stranded were then airlifted to the parking lot of SuperSports Park. 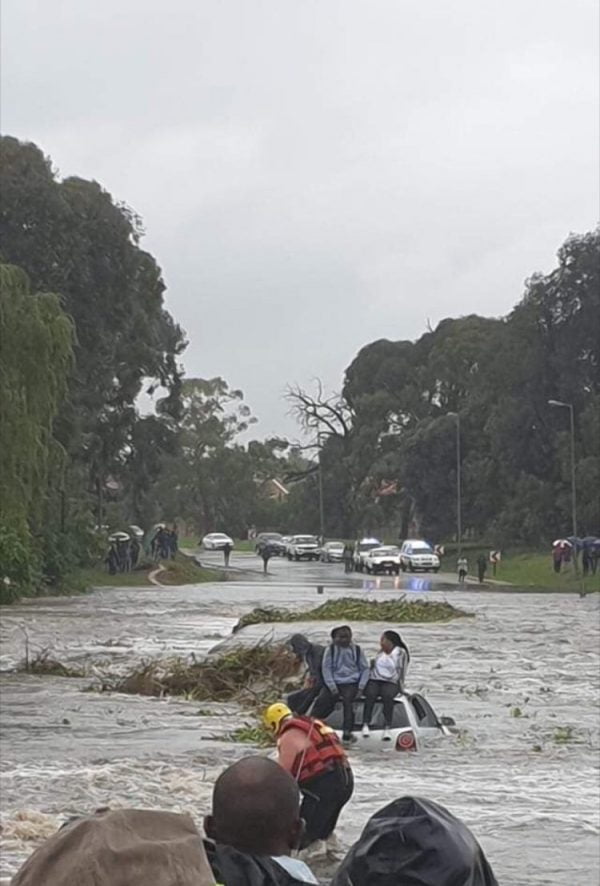 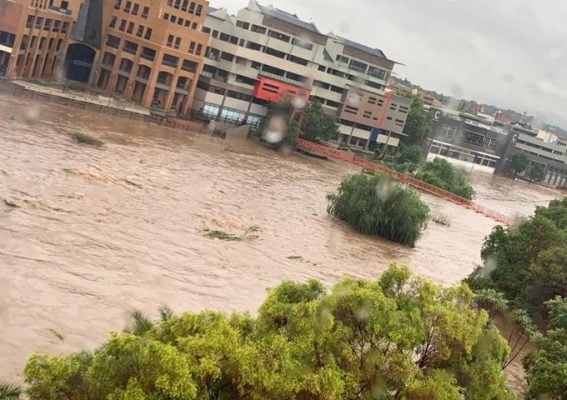 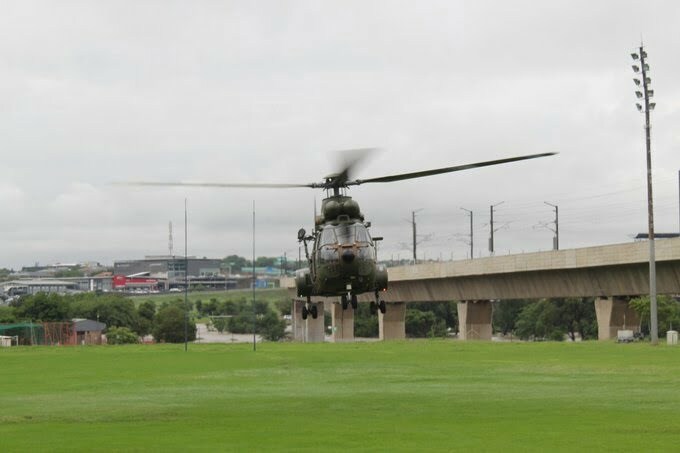