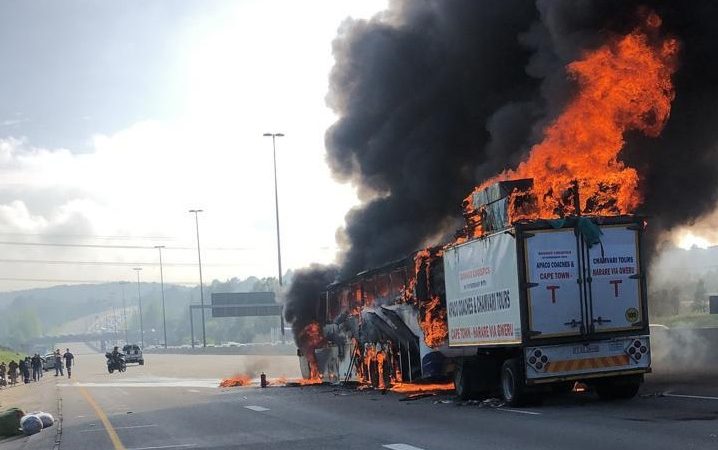 Traffic was severely interrupted on the N1 near the William Nicol off-ramp in Johannesburg when a passenger bus travelling from Cape Town to Zimbabwe caught fire.

JMPD spokesperson Wayne Minnaar said the bus was still on fire at around 08:20 and that firefighters were on the scene battling the blaze.

While no serious injuries were reported, some passengers were treated for smoke inhalation.

The cause of the fire is not clear. Video footage shows the bus and the luggage trailer engulfed in flames.

“Traffic on the N1 North is being diverted from William Nicol on to Witkoppen, joining the N1 again at Rivonia Road,” Minnaar said.