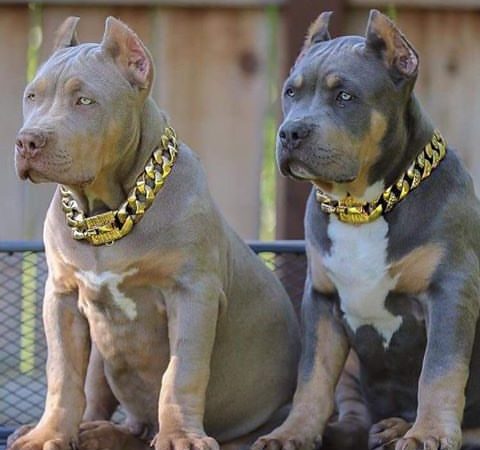 Cape Town – A Mamemberg mother is very angry at two men who allegedly tried to rob her son by threatening him with two pitbull dogs.

He killed one of them as they tried to attack

“They tried to rob my son and in self-defence, he killed their ‘weapon’ now they want us to pay,” said the Manenberg mom.

“I have lived in this area for my entire life and such robberies are very common hence you find many young men arm themselves wherever they are,” said the mom.

The robbers are used to get their way by threatening their victims with the scary dogs but this time their plan went horribly wrong after the victim faced off the dogs killing one.

According to the mother, who has refused to be named, her son was walking home when the gang of three with their two pitbull dogs pounced on him.

“They demanded that he surrender his wallet and cellphone or they would let their dogs attack him,” she said.

Instead of taking out the wallet the young man drew out a knife and dared the robbers to attack him.

According to the mom, one robber set his dog onto the victim but their plan went horribly wrong as her son stabbed the dog on the neck and it fell dead on one side.

“Now they are changing the story, accusing my son of stabbing their dog to death for no reason and they want me to pay, NO!” she exclaimed.

Station commander in Manenberg, Colonel Sanele Zama, confirmed that an attempted robbery case is being investigated after the victim laid charges.