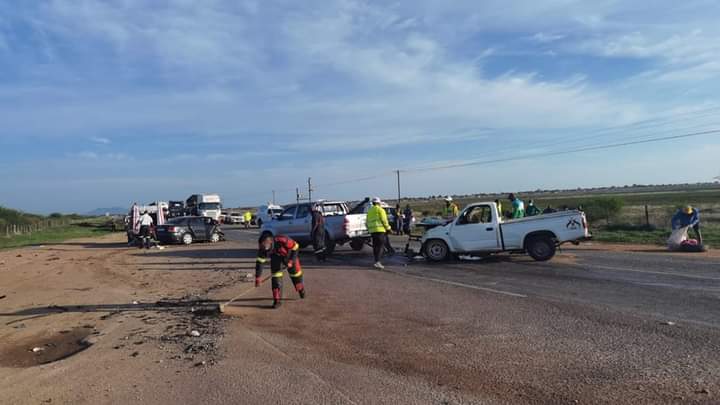 Six people have been killed in a crash between a Toyota bakkie and a VW sedan on the R521 in Limpopo on Saturday morning.

The accident happened on R521 near the Matamanyane Junction in Capricorn District in Limpopo.

It is reported that the bakkie driver recklessly made a turn on the road and collided head-on a Polo VW.

“Six people were killed instantly. The deceased include both drivers and four passengers. Reckless driving has been cited as a possible cause of the accident,” said Limpopo transport department spokesperson Matome Taueatsoala.

Limpopo Transport and Community Safety MEC Mavhungu Lerule-Ramakhanya has sent messages of condolences to all the families who lost their loved ones in the horrific accident.

She also pleaded with motorists to be extra cautious.