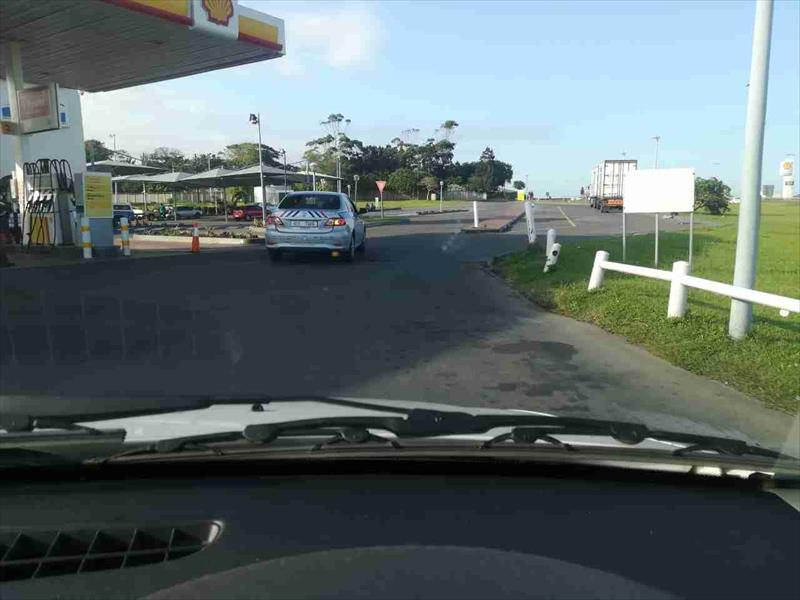 Durban – Drivers on the North Coast fear for their lives, claiming that taxi security are forcing cars to pull over on the N2 and are demanding money from them, North Coast Courier reports.

A Richard’s Bay resident who travels on the N2 to Ballito daily said VIP taxi security, armed with rifles, were pulling over cars that carried passengers.

From photos and descriptions of the vehicles, the guards are suspected to be from the KwaDukuza Taxi Association.

“I travel from Richard’s Bay to Ballito every morning around 7 am and pick up passengers from Stanger. Some mornings, the armed VIP taxi protection vehicles wait by the Shell Ultra City Garage or by Groutville, watching which cars are carrying passengers. When they do spot a vehicle, they chase them at high speed, cut in front of them and force them to pull over.”

The man said that just a week ago, the security company caused a minor accident while attempting to pull over a car.

“I was in the slow lane and the taxi security passed me between the yellow line and the bush. He was travelling at high speed, trying to stop a delivery vehicle in front of me who picked up staff at the Blythedale turn-off. The security went in front of the van and slowed down and the van actually hit the back of his car.

“It is quite scary because I have seen them carrying rifles on two occasions.”

The North Coast Courier highlighted taxi intimidation on the R102 for the past three weeks where motorists have reported being pulled over by taxi drivers from the Dolphin Coast Taxi Association, between Umhlali and Groutville.

Two weeks ago, a local bakkie driver who was travelling in a company vehicle was pulled over on the R102 by a man believed to be a taxi driver.

The victim was told that he had to pay a R2,000 fine for travelling on the road and if he did not, his vehicle would be set alight.

Responding to the cases on the R102, Dolphin Coast Taxi Association spokesperson Sunshine Mthiyane said they were aware of the problem and encouraged victims to open cases at SAPS or to report the taxi registration to the association.

“We do not support such behaviour and we have a division in the organisation that deals with disciplinary action. We are currently working with police to address the issue and to identify the culprits.”

Attempts to contact the KwaDukuza Taxi Association security company accused of bullying motorists on the N2 have been unsuccessful.

Man Critical After Being Run Over By Train in Phoenix