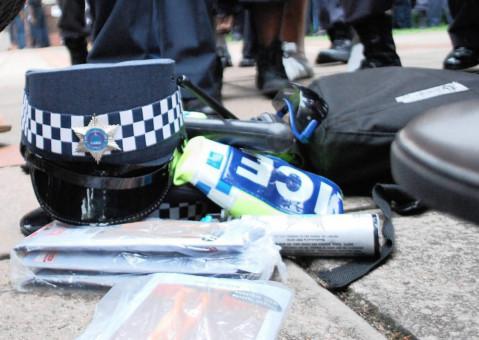 Durban – A 22-year-old taxi driver charged with the culpable homicide of a Durban Metro Police officer has been granted bail in the eManzimtoti Magistrate’s Court.

Nhlakanipho Cele was granted R2 000 bail on Monday morning and his matter was adjourned to April for further investigation.

Cele was arrested on Friday after he hit Inspector John Deysel, 59, with the Toyota Quantum he had been driving.

According to Metro Police spokesperson Superintendent Glen Ndlovu, Deysel had been enforcing a stop street when he was killed.

A video of the incident was up on facebook and Ndlovu advised people to refrain from making negative commentary on social media platforms based on this video.

Ndlovu said Deysel flashed his light (in his hand) a few times for the driver to stop but the driver did not slow down.

The SA Municipal Workers’ Union said it would meet with its shop stewards to discuss safety matters following Deysel’s death.

Provincial secretary Jaycee Ncanana said the issue of officers’ safety during roadblocks had been raised previously and the union was given an assurance that its members were safe.

“We will meet with shop stewards to discuss a way forward when it comes to safety – maybe looking at refresher courses for members,” he said.

Ncanana said their meeting would include looking at where improvements could be made in ensuring the safety of officers.

“We have to sit down with the employer and make suggestions on how our members can be safer out there,” Ncanana said.

Deysel’s wife of nearly 21 years, Rina, said he had been with the metro police service for a total of 34 years, 23 of which he had served with the Durban metro police.

She said their little girl, Johane, who would turn two on February 26, was his world and they would have celebrated their 21st wedding anniversary in April.

“He was the proudest policeman and was passionate about his job. We battled for so long to have a child and when this little body arrived, she became everything to him.

In the evenings, when he was working the night shift, I would phone him and he would speak to her,” she said.

Rina said she felt like she was in a nightmare when metro officers came to their home to tell her of his death on Friday night.

“Seeing them at my house, coming like that, is every police wife’s nightmare.

It’s like I’m in a dream and still need to wake up. All I am trying to do is think about my husband and the memories we shared so I can feel close to him,” she said.

Rina said she would collect all the newspaper articles written about her husband, who would have celebrated his 60th birthday on February 19, for their daughter to read when she is older.

Ndlovu said Deysel flashed his torch a few times for the taxi to stop, but the driver did not slow down.

“Instead, in the video he veered to the left and tried to squeeze between the officer and two vehicles standing off to his left,” Ndlovu said.