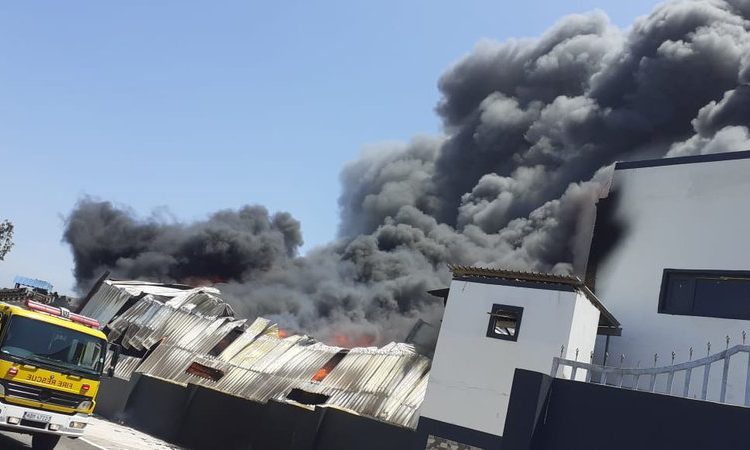 Paramedics say they arrived to find the complex engulfed in flames.

Mckenzie says, “As I speak, parts of the structure are collapsing. The factory is fully alight.”

At this stage, paramedics are assessing two patients and the fire department is on scene, busy fighting the blaze,” adds Mckenzie.

Firefighters are currently at a factory fire in Mobeni. pic.twitter.com/ywqrkWQjqd

At this stage – it’s not known how the blaze started.