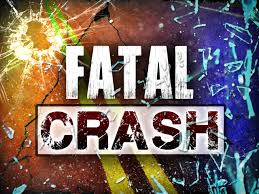 Durban – Two people were killed and at least 18 others injured in a collision on the N3 between Lions River and Tweedie near Pietermaritzburg on Tuesday afternoon.

Shortly after 5pm, paramedics from ER24 and other services arrived on the scene where they found two Mercedes Benz Sprinters which collided with each other.

Several people were found near the wreckages. It is understood that some of them were ejected when one of the vehicles overturned in the collision.

Two people were found with fatal injuries underneath one of the wreckages. There was sadly nothing that paramedics could do for them and they were declared dead on the scene.

A total of eighteen people were treated for injuries ranging from minor to moderate. They were treated on the scene for various injuries and later transported to nearby hospitals in the area for further care.

The exact circumstances surrounding the collision is not yet known.

Local authorities, including the fire department, N3TC and the police attended the scene.