One woman was injured while her passenger escaped injury when their car crashed into a house in Verulam this Tuesday afternoon.

Reaction Unit South Africa responded to the emergency call around 12h37 to find the car had crashed into a house on Wick street in Verulam CBD.

Ethekwini Fire and Rescue Services,who were already at the scene, had to use specialized equipment to rescue the two as they were entrapped in the wreckage of their Mercedes benz car.

With the use of pneumatic tools, the passenger door was opened and one of the women was freed.

The 68-year-old driver sustained head and spinal injuries. She was extricated from the vehicle by Medics and Fireman before being transported to Umhlanga Hospital.

RUSA reported that the driver said she was approaching her home when she felt dizzy and weak. Instead of turning into her driveway she suddenly accelerated towards the house. The vehicle ploughed through a wooden barrier before it crashed into the home which is a few meters below road level.

The passenger was not injured in the accident and did not require medical attention. 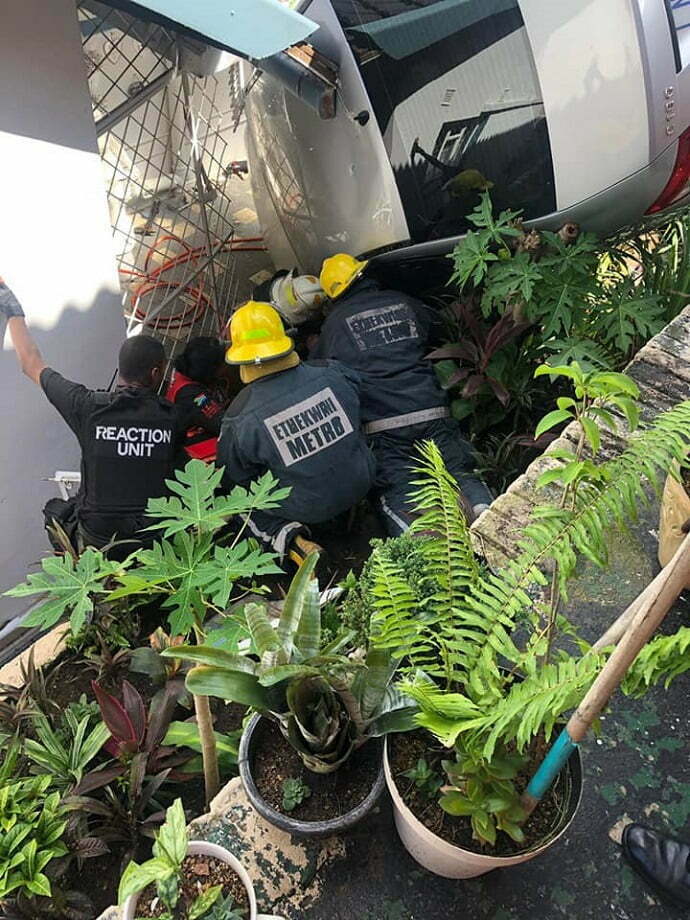 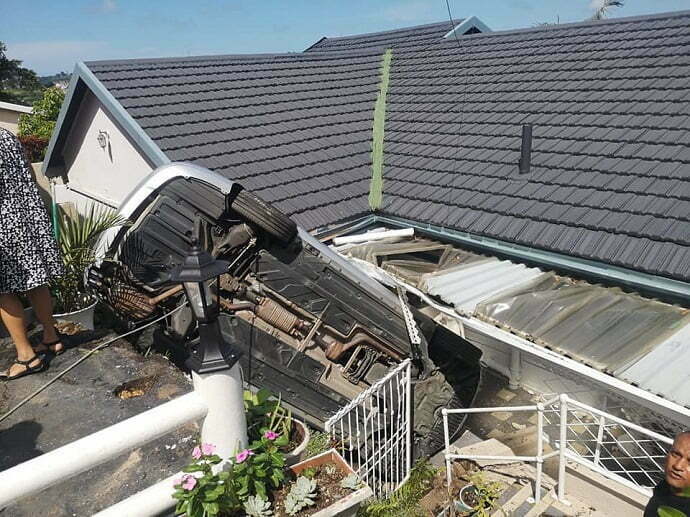