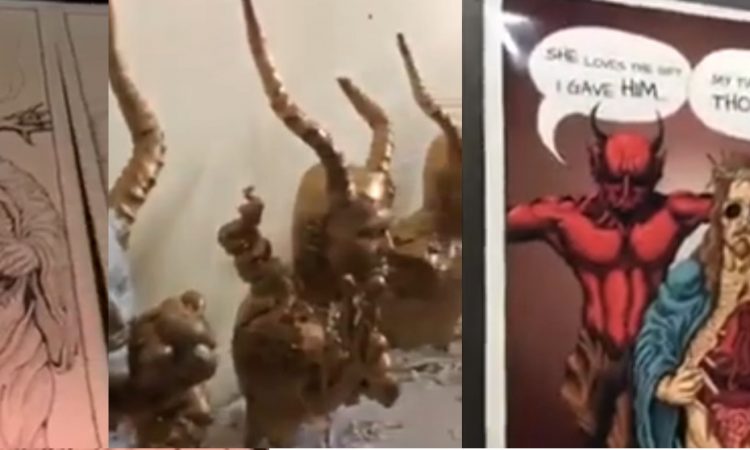 Durban – Grantleigh School in Richards Bay is a hot topic today after displaying ‘demonic’ artwork on their prize giving day. The artist reportedly scooped all the awards in the art category.

The Grantleigh School learner’s name, which is known to TellitallSA, cannot be released at this stage.

The artwork has come under fire from the Christian sector after his work was interpreted as mocking Jesus and Christianity. This video of a parent’s shock over what is seen to be a Christian school proudly displaying the artwork has gone viral on social media.

The Grantleigh Schools’ motto is,

To God be the glory