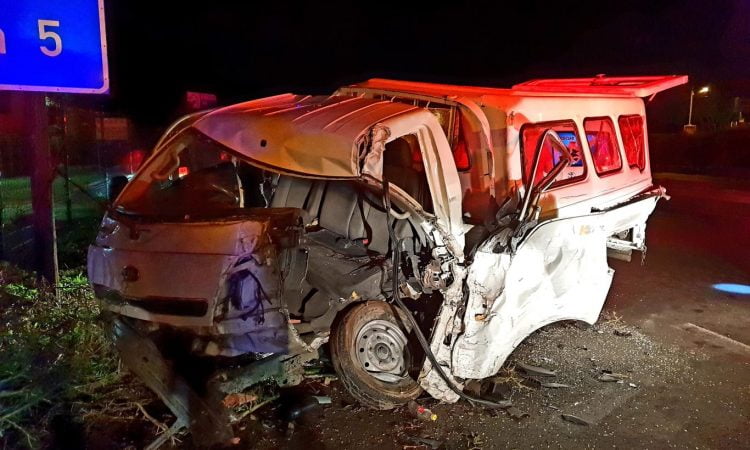 One person has passed away in hospital and five others injured after a single vehicle lost control on the M13 Durban Bound near Village Road in Kloof on Sunday evening just after 10pm.

Rescue Care Paramedics arrived on the scene to find the badly damaged vehicle in the slow lane. Multiple people had been injured and immediately more ambulances were dispatched as well as Advanced Life Support Paramedics to assist with the multiple injured.

One person a male in his fifties had sustained critical injuries and Advanced Life Support Paramedics worked to stabilise him on the scene before transporting him to a nearby hospital however a short while after arrival the man went into a state of Cardiac Arrest and passed away due to the severity of his injuries.

Five other occupants had sustained moderate injuries and were also stabilised on the scene before being transported to a nearby Hospital.

At this stage the events leading up to the crash is unknown however SAPS were on the scene and will be investigating further.