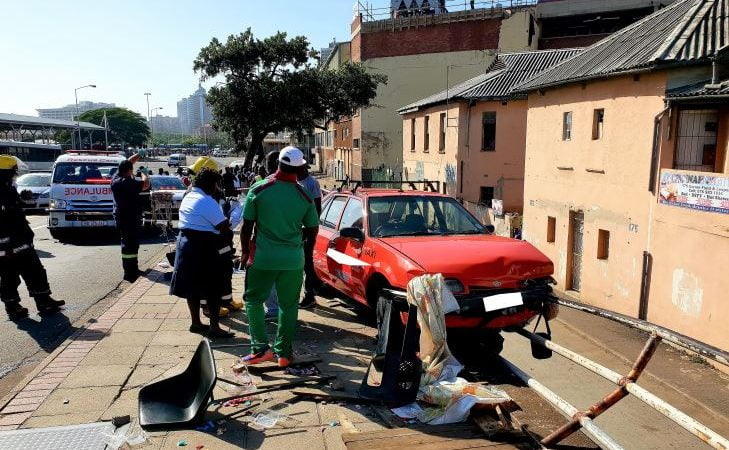 One person has been killed and two others injured in a serious accident on the corner of Field Street and Leopald Street in the Durban City Centre on Sunday morning just after 8am.

Rescue Care Paramedics arrived on the scene to find that a single vehicle had somehow lost control and collided into a street vendor and another pedestrian before crashing into the guard rails.

The vendor was found in a critical condition with major injuries and despite Advanced Life Support Paramedics attempt to resuscitate her she passed away on the scene. Two others had sustained moderate injuries and were treated on the scene before being transported to a nearby Hospital for further care.

At this stage the events leading up to the single vehicle losing control and crashing into the pavement is unknown however SAPS will be investigating further.