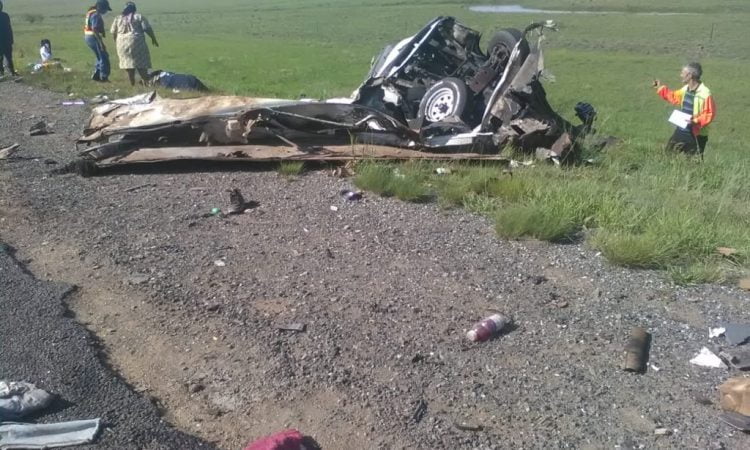 11 people have died while five others were critically injured, after the taxi they were travelling in collided head-on with a truck in Villiers in the Free State.

Police said that the deceased were declared dead on the scene, and the surviving five passengers from the taxi were airlifted to hospitals in Alberton and Mafube.

In a video shared by SA Trucker of the aftermath of the crash shows the taxi split into two pieces and the truck lying on it’s side.

The exact cause of the accident will be investigated.

Just coming from there pic.twitter.com/lyUZe65lAf

Meanwhile at about 14:00 a white BMW driving towards Bloemfontein collided with a silver VW Polo that was heading in the opposite direction on the ZR Mahabane road near Brandfort.

“One passenger from the Polo died at the scene, three were referred to hospitals in Bloemfontein, and the fifth one was treated at the scene. The driver of the BMW who was alone in the vehicle did not suffer any physical injuries”, said Mbambo.