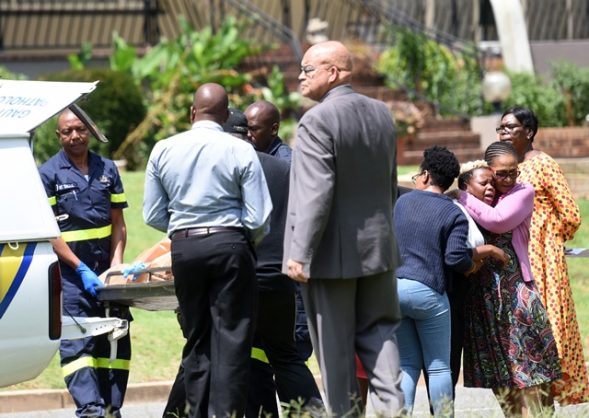 Johannesburg – A 13-year-old boy has been arrested for the murder of Kulani Mathebula, the Mondeor High School pupil who was stabbed on Wednesday.

“Police formed a team of detectives who followed up the information from the scene, which led them to another school in Mondeor, where one 13-year-old suspect attends,” said police spokesperson Captain Kay Makhubela.

“The two outstanding suspects are suspected to be schoolchildren as well. Police are calling for the boys to hand themselves in because the police will not rest until they are arrested,” he added.

Kulani was stabbed – reportedly three times in the chest – just minutes after he left home to go to school.

His uncle, Themba Chauke, told the media that he was shocked when he received a distraught phone call telling him to rush to the scene where Kulani had been stabbed.

“I just received a call this morning from my younger brother. He was just crying uncontrollably saying, ‘Brother, they’ve stabbed Kulani – come quickly!'”

Chauke said when he arrived at the scene, he asked the police where his nephew was – but they didn’t immediately give him answers. “Then I saw him – lying there, helpless,” said Chauke, breaking down.