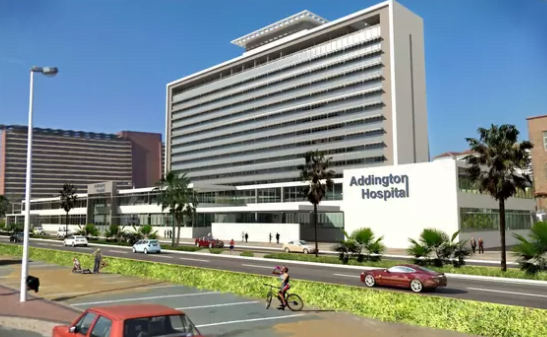 Durban – Emergency services in Durban have just been notified that Addington Hospital will not be accepting any new patients until further notice.

The reason being that the lifts are not operational.

According to Department of Health spokesperson Agiza Hlongwane ambulances are being diverted to King Edward VIII Hospital for the next six hours while the lifts are being repaired.

The problems with the lift has been an on-going problem.

In June patients had to go without breakfast as lifts in the 16-storey building had stopped working.

When the Daily News visited the hospital on Wednesday, only one lift of the eight in the main tower was working.

In July the KZN Health MEC Nomagugu Simelane-Zulu has voiced her unhappiness over the erratic functioning and questioned why the service provider responsible for the servicing, repair and maintenance of the lifts cannot ensure that the lifts are always working – just like those at the many top hotels situated along the beachfront, which they are responsible for.

Facebook Comments Box
Related Topics:Dept of Health
Up Next