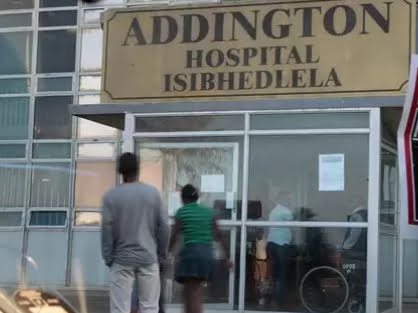 Durban – Patients at Durban’s Addington Hospital had to go without breakfast on Wednesday as lifts in the 16-storey building had stopped working.

Wayne Twynham said he has to regularly carry his 72-year-old uncle, who has had one leg amputated, upstairs because the lifts are often not in working order.

“He lost his foot during an operation and regularly goes for physiotherapy at Addington and I usually come with him,” said Twynham.

“This has been happening for some time and when the lifts are working, they are usually full.”

“Fortunately, his physiotherapists are on the first floor but this is not ideal and you can imagine how it affects other patients who are further up in the building.”

Daily News reported that only one lift of the eight in the main tower was working on Wednesday morning.

Department of Health spokesperson Ncumisa Mafunda said the department apologised for the disruptions caused by the malfunctioning lifts.

“Five of the eight lifts have been repaired and started working after 12.30pm today (Wednesday).

“The contractor is investigating the factors preventing the smooth operation of the lifts so this can be addressed once and for all,” she said.

However, the lifts were still not working when a second team of journalists visited late on Wednesday.

A source at the hospital however said that three of the eight lifts had been repaired on Thursday and that all the patients had received food.

On Wednesday, the elderly, staff and patients all had to use stairs, and the one working lift was usually full.

A staff member who spoke to the Daily News on condition of anonymity, said she was worried about the effect this was having on patients.

“From 6am to 10am, none of the lifts were working and the patients had to go without breakfast because the kitchen staff could not get to them,” the source said.

She said the matter of unreliable lifts dated back 18 months, but the situation had worsened in the past two weeks, with no more than two lifts working at any given time.

“Patients and staff have to go up and down the stairs. It is very difficult to get patients to theatre, do X-rays and transport food.” Daily News