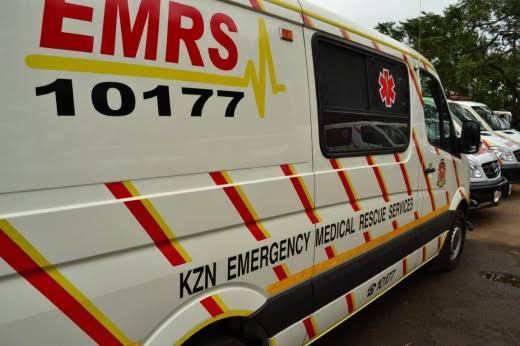 Durban – Police are searching for suspects involved in the shooting of two paramedics in Inanda, north of Durban, on Wednesday.

The paramedics belong to the KwaZulu-Natal Emergency Medical Services. Police spokesperson Colonel Thembeka Mbele said the incident occured at 2am in the Matikwe area of Inanda.

“Two paramedics were allegedly shot by unknown suspect. They both sustained injuries to the abdomen and hand. They were taken to hospital in critical condition. A cellphone was also taken. Charges of attempted murder and robbery are being investigated by Inanda SAPS,” Mbele said.

Similar attacks were noted in Durban in 2016 when private ambulance services came under attack by criminals while on duty.

Previous incidents include, two ER24 paramedics were robbed of cash and cellphones at Howick Falls. The paramedics, aged 27 and 35, were on standby for call-outs when they were accosted by a knife-wielding man.