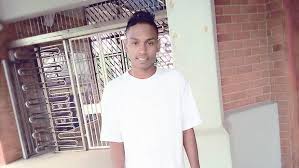 Durban – A Chatsworth family is distraught after their son was killed resisting a robber.
Kyle Premlall, 19, was stabbed in Welbedacht as he made his way home from a tuckshop on Sunday.

Neighbours helped transport him to RK Khan hospital where he later died, Chinsamy said. “He was a very nice guy, and close to my family. He and my grandson were friends.”

Niven Premlall said he was deeply hurt by his son’s murder. He said Kyle, who had wanted to become a teacher, was a humble person who would never hurt anyone, and was a good child.

The father of three said his 9- and 4-year-old daughters were grieving the loss of their brother.

Premlall said one of the fondest memories of his son was a braai held last year to celebrate when he passed his matric.

The distraught Premlall said he wanted justice to be served and that the death penalty should be reinstated.

“Crime is too high in the country,” he said.

Police spokesperson Captain Nqobile Gwala said a case of murder was opened at Chatsworth police station. A 21-year-old suspect was arrested and charged with Kyle’s murder, she said.

The man appeared in court on Tuesday and was remanded until his next appearance on July 30.