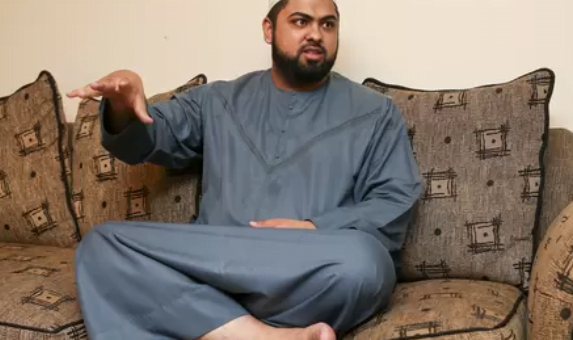 Durban – Silent meditation and prayer is what saved the life of a Durban Muslim cleric during a 12-minute “horror drive” after he was hijacked outside Newlands West mosque at gunpoint, kidnapped and then abandoned near a KwaDabeka squatter camp on Friday.

Hafiz Talha Kazi, 27, from Durban North, had just finished a guest sermon at the Musjid Soofie Saheb when five armed men shoved him into his car.

Speaking from his home on Saturday, Kazi said he was still a little shaken but rather optimistic as he relived his traumatic experience.

He said before the ordeal, he had been preaching about adversity and trials and had no idea that he would face robbers at gunpoint.

“I was parked in the last lane at the exit of the mosque, after contemplating if I should park on the road outside or on the field, because the parking was full.”

He said five armed men “unsuspiciously” walked towards him, as he was leaving the mosque. Kazi had pulled out his car keys, disarmed the alarm and opened the door when he was approached by the gunmen.

“They came towards me and before you know it, they grabbed me.”

“They (the worshippers) were screaming ‘just give them the keys’. I was very obliging, I didn’t want to fight with the guys because they were armed. I thought, you know, that it’s not worth it to fight for a car and cellphone – so I offered him my car keys and cellphone. I said you can take it. One of the robbers told me to get into the car with him, so I did.”

Kazi said two men ran off while three got into the car, two in the back seat with him. They appeared to be about 19 or 20 years old and ordered him to keep his head down. He said he was calm and prayed.

“One of the prayers was if anything had to happen, God must ensure it happens swiftly… ” He remembered seeing the back window shatter after hearing a gunshot.

“I’m not sure if it was shot from inside but I got news later that one of the neighbours fired. I think that spooked them and they took off.”

Kazi said the robbers were neatly dressed and well-spoken. “The guy holding my head down at gunpoint reassured me that he would not kill me. He said ‘Sir, I promise you, we are not going to harm you. We just need the car, we just need some money.”

Kazi said he told the armed men “take the money, take the car, you don’t need me”. Unaware of where the men were taking him, he spoke to them with his head bowed and the weapon pushed into the back of his neck, all the time offering to help them with money and finding jobs. But the guy kept saying “we just need you to co-operate with us”.

He said this experience has taught him how adversity and trials make you consider what life is like for the less fortunate. The car’s clutch packed up bringing the vehicle to a standstill and the gunmen panicked and ran off, leaving the car with him inside.

Police found him in KwaDabeka.

Police spokesperson Lieutenant- Colonel Thulani Zwane said a case of hijacking and kidnapping had been opened.