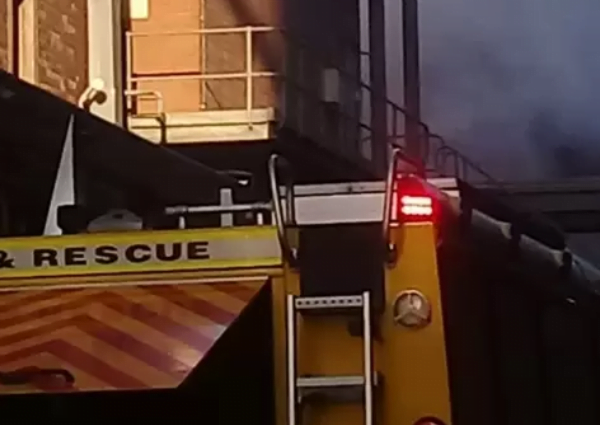 DURBAN – A chemical fire in the industrial basin of Durban late on Friday afternoon left residents coughing and battling to breathe, according to community members.

The fire occurred at Hosaf, a fibre plant based in Mobeni, south of Durban, that manufactures polyethylene terephthalate resin and polyester fibre.

Rescue Care’s Garrith Jamieson said paramedics were called to the factory fire at about 4pm. “Fortunately no injuries were sustained, however the fire department and all necessary role players were in attendance.”

By 6.30pm, residents from the Bluff and Umbilo areas had reported “a strong plastic smell”, he said, as a strong wind carried the fumes over a wide area.

Residents from as far as 10 kilometres away told African News Agency (ANA) they had experienced the stench.

KwaZulu-Natal MEC for economic development, tourism and environmental affairs Nomusa Dube-Ncube said “a team of experts” had been assigned to examine the area.

“As government, we are fully aware that the South Durban Basin is heavily air-polluted with many people experiencing respiratory illnesses. It can’t be business as usual,” said Dube-Ncube

Desmond D’Sa, who lives in the Jacobs area and heads the South Durban Community Environmental Alliance (SDCEA), said the fire and stench was as a result of Dowtherm, a compound used in industrial heat transfer systems.

He said the plant was shut following the incident and the SDCEA was expecting to meet with management.

ANA understands that the incident had been escalated to the national department of environmental affairs.

“The stench was so noxious that my family had to shut all the windows. At one stage we even considered leaving the area for the evening. Our mouths were dry and eyes were stinging, my wife got a massive headache,” he said.

The fire follows a chemical spill in Pietermaritzburg on Wednesday, which had also been escalated to the national department of environmental affairs.

In that incident, vegetable oil and caustic acid spilled into the Baynespruit stream and subsequently into the Msunduzi River, killing fish and livestock.

Clean-up operations were still being undertaken on Friday.

WATCH: Man shot and disarmed during house robbery in Durban