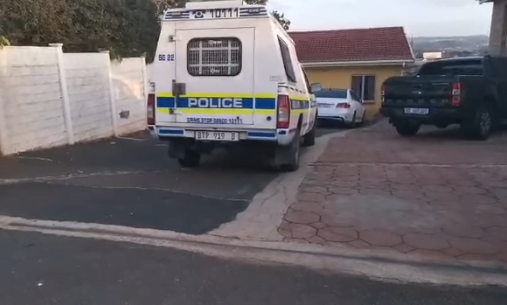 Durban – A man has escaped death, in early hours of Thursday morning, after he was shot during a robbery at his home in Seaview, south of Durban.

It is alleged that on Thursday morning at 05:40 am suspects entered into a house at Seaview Road and shot the victim said KwaZulu-Natal police spokesperson Captain Nqobile Gwala

“Four armed suspects went into the premises and attacked the occupants. The victim retaliated and shot back towards the suspects and severely damaged a vehicle which was parked in the premises.

Gwala said his firearm was taken by the suspects before they fled the scene.

The injured victim was taken to hospital for treatment.

A case of house robbery, attempted murder and malicious damage to property was opened at Bellair police station.

In a separate incident, a Seaview grandfather was shot while trying to protect his daughter-in-law during a home invasion early Thursday morning.

Blue Security community and media liaison officer Andreas Mathios said the man’s daughter-in-law had stepped outside the house into the garden when a gang of armed robbers entered the property.

Mathios said the woman’s father-in-law, husband and son were inside the house at the time of the incident.

“When she went outside the resident saw a suspicious vehicle driving past and then three suspects jumped over the perimeter wall. They then held her up at gunpoint and pushed her back into the house where a scuffle then broke out between the suspects and her father-in-law,” Mathios said.

SEAVIEW GRANDFATHER SHOT WHILST PROTECTING DAUGHTER-IN-LAWA grandfather was shot during a Seaview home invasion this morning, while trying to protect his daughter-in-law, after 3 armed suspects gained accessed to the property.Read the full statement here: http://bit.ly/2Z49xN8

“Her father-in-law managed to pull out his firearm and fired a shot in an attempt to protect her,” Mathios said.

The suspects then immediately fired several shots inside the house, injuring the woman’s father in-law in his leg.

They grabbed the man’s firearm and fled the scene without taking any other valuables.

Paramedics arrived on the scene and transported the victim to hospital for medical attention.

No other injuries were reported.

Mathios said police found multiple bullet casings at the scene of the crime.