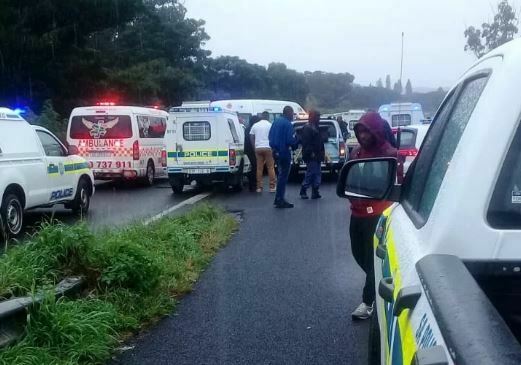 A Durban police constable was shot dead on Sunday while approaching a parked vehicle with its hazard lights on, a statement said.

Spokesperson Brigadier Vishnu Naidoo said the constable was patrolling with a colleagues on the M19 which runs between Reservoir Hills and Pinetown on Sunday afternoon.

When they saw the parked vehicle with its hazards on they decided to stop and investigate.

“The suspect fled from the scene but handed himself over at the Sydenham police station where he [is] currently detained on a charge of murder,” said Naidoo.

The circumstances of the killing are “vague” but a team of investigators from the Hawks are on the case.

The constable was a member of the Sydenham Crime Prevention Unit.

Naidoo conveyed condolence from the National Commissioner of Police, General Khehla John Sitole, to the officer’s family, relatives and friends.

“I have also tasked the Acting Provincial Commissioner, Lieutenant [Nhlanhla] General Mkhwanazi to ensure that this case be investigated thoroughly”, said Sitole.

The officer’s name is being withheld until his next of kin are informed.

Rescue Care Paramedics’ Garrith Jamieson said the police officer was shot several times in the upper body and was declared dead on the scene.