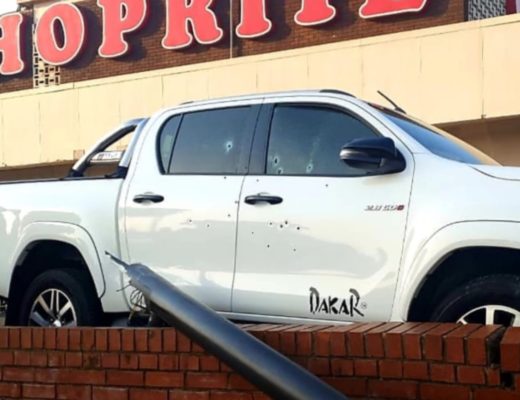 Durban – A man believed to be in his forties is in a serious condition after sustaining multiple gunshot wounds during a shooting incident in Montclair, south of Durban.

According to Rescue Care’s Garrith Jamieson, the incident occurred near the Shoprite Checkers on Kenyon Howden road on Thursday afternoon.

He said advanced life support paramedics had stabilised the man before rushing him to a nearby hospital for further treatment.

At least 30 bullet holes were visible in the driver’s side door of the victim’s double-cab bakkie, Jamieson added.

“It is alleged that this afternoon at 3.51pm, a 38-year-old man was shot by unknown suspects who fled the scene in their getaway vehicle. He sustained gunshot wounds to the body and was taken to hospital for medical attention,” he said.