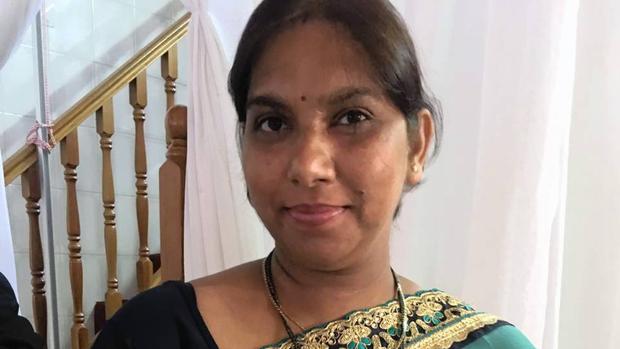 Durban – The family of a Phoenix bookkeeper, whose throat was slit and home set alight with engine cleaner on Friday, learnt about her death on social media.

Avina Singh, 40, was found under a blanket on the bedroom floor of her Stonebridge home. She sustained an open wound across her neck and severe burns on her body.

“Our hearts are broken. We can’t believe her life was ripped from her in such a cruel manner,” said Singh’s brother, Avish Rambarun, on Monday.

“Imagine learning about her death on Facebook. The one who is responsible must face the maximum jail sentence of life imprisonment and never see the light of day.”

Rambarun claimed that the suspect, who was known to the family and handed himself over to the police yesterday, had tried to cover up the murder by burning down the house.

“This attack was premeditated as he knew what he was doing. My sister was a loving, bubbly and helpful person. We can’t believe she is gone.”

He said his nieces, aged 17 and 11, were being cared for by their maternal grandmother.

The older child, a matric learner, was in school at the time of the murder, and the younger one was at her grandmother’s home.

“The elder child is trying to be strong for her baby sister. This is a difficult time for them because they were close to their mother, and with Mother’s Day on Sunday, they were looking for- ward to celebrating and pampering my sister.”

The 40-year-old suspect, who allegedly went on the run, claims he has no recollection of the murder.

He was being detained at the Phoenix police station after handing himself over at the Durban North SAPS on Monday.

A police source said the suspect claimed he could not remember what had transpired.

“The home was doused with engine cleaner and set alight. When the neighbours alerted the police about the fire, Singh’s body was found under a blanket on the bedroom floor. The suspect claimed he wasn’t on the run but had been hijacked,” said the source.

“He claims he had given someone a lift and the person had hijacked him and he’d been sleeping in the bushes. He managed to contact his uncle for help and was notified about Singh’s death. The uncle brought him to the police station with an attorney.”

A neighbour said: “Avina has been living here for 11 years. On the day of the murder I didn’t hear any commotion at her home, but I saw a man leaving the house, and a minute later the house was on fire.”

She said the private security company KZN VIP Security had been alerted.

“We can’t believe Avina was killed in such a brutal manner. She was a timid person and didn’t deserve to die like that. I pray that the person responsible is brought to book.”

Another neighbour added: “Whenever you saw her, she always had a smile on her face. It angers me that two children are left motherless.”

Singh’s body was expected to be cremated at the Verulam Crematorium today. POST