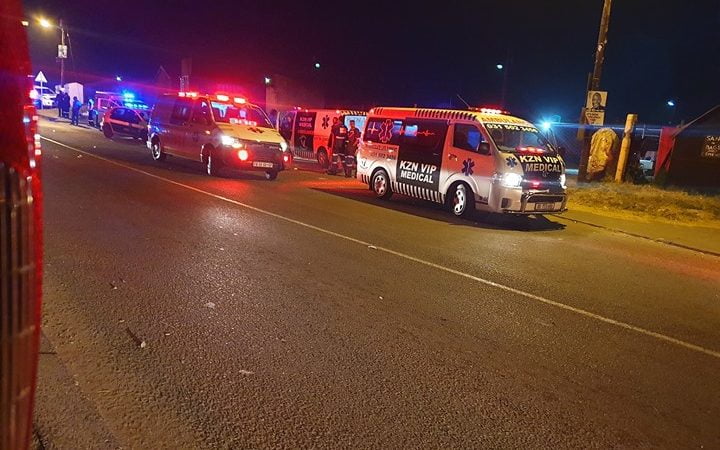 Durban – Police are hunting for the gunmen who shot dead two Durban Metro police officers and took their guns in Inanda on Monday night.

The officer were guarding an ANC councillors home in the Bhambayi area at the corner of Fernham and Stoneham Drive bordering Phoenix, north of Durban.

Durban Metro police spokesperson Senior Superintendent Parboo Sewpersad said both police officers were shot while they were seated in a marked police vehicle. Both their firearms were taken from their holsters.

“The next of kin has not been notified so we cannot release their names. One of the officers was 58 years old and the other was a 37-year-old woman. Both were based at Verulam but also assigned to guard eThekwini councillors,” Sewpersad said.

Sewpersad said management and staff of Durban Metro police are in shock after hearing the news. He said they have formulated a task team to work together with the SAPS Provincial task team to bring the perpetrators to book.

“The policeman was found dead inside the police van. The female officer was found dead outside the van near the driver’s door. Police are not ruling out robbery as the motive, “Sewpersad said.

Acting Mayor Fawzia Peer who heads the safety and security cluster in the eThekwini Municipality said they would leave no stone unturned during the investigations. She said police were still investigating the incident and she did not want to compromise the investigation.

However, she said it was shocking that criminals can shoot police officers so brazenly.

She said the loss of life has a knock on effect in society, the victims families and the community whom the police served.

On the Phoenix Crime Watch Facebook page more than a hundred people emphathised with the deceased families while some called for stricter laws and more police stop and search operations.

Colin Moodley in a Facebook post on Tuesday morning said: “It’s so that I bumped into both offices at the Engen garage before the fatal shooting. One Male and one female officer grabbed something quick to eat and was on their way to Bhambayi. RIP brave officers. Condolences to both families.” Daily News