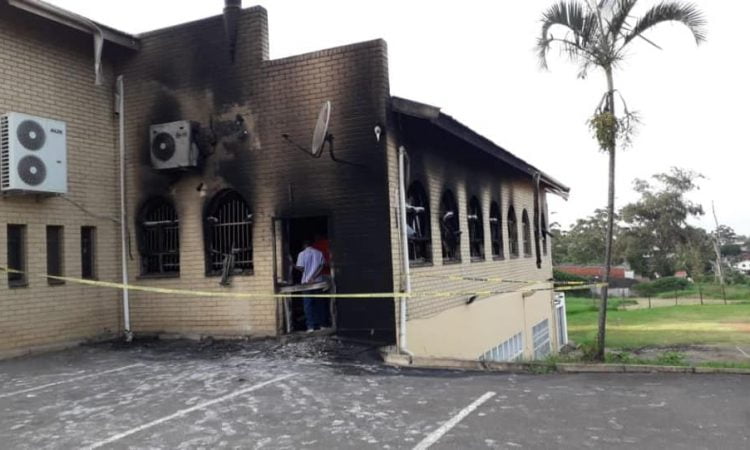 Durban – A Durban mosque was gutted early on Monday morning following an alleged arson attack, according to the Effingham Islamic Society Trust.

The incident took place at about 12.40am on Monday, according to a press statement released by the Trust.

“[The] Faizane Mariam Masjid in Effingham Heights became the victim of an arson attack. The Masjid was set alight by arsonists resulting in significant fire damage,” read the statement.

Law enforcement was investigating the matter and more information would be released in due course.

“We ask for calm as the case is investigated and the perpetrators brought to book.”

Police had not yet responded to questions at the time of publication.