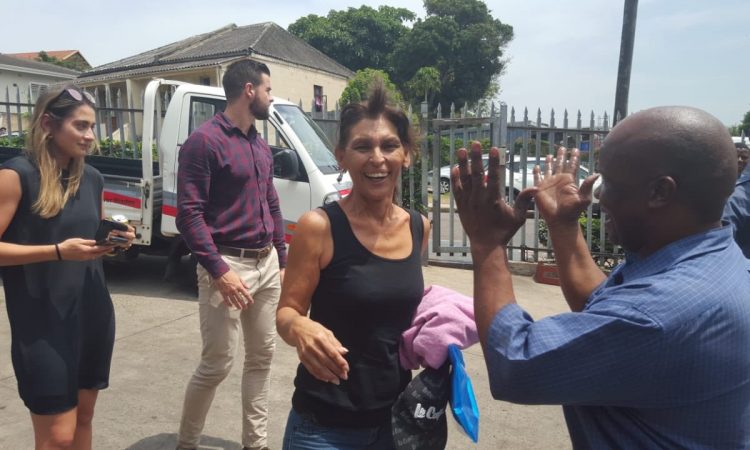 Durban – Following a frantic search, authorities have found a Durban woman who was hijacked and abducted in Morningside on Friday morning.

Marshall Security spokesperson Kyle van Reenen confirmed that she was found unharmed a few hours after being taken.

“She was found in the Newlands area by the police. She has not sustained any physical injuries and has been taken by police for further investigation and processing. The hijacking investigation is ongoing.”

Police spokesperson Lieutenant Colonel Thulani Zwane also confirmed she was found. He earlier said the woman, thought to be in her 50s, was leaving her business when she was attacked.

“It is unclear why she was taken,” he said, appealing to anyone who witnessed the incident to contact Crime Stop or 10111 urgently with information.

A video of the incident shows the men first grabbing the shocked woman’s car keys. They appear to only want to take the vehicle, but one of the men then grabs her and they bundle her into her car, before speeding off.