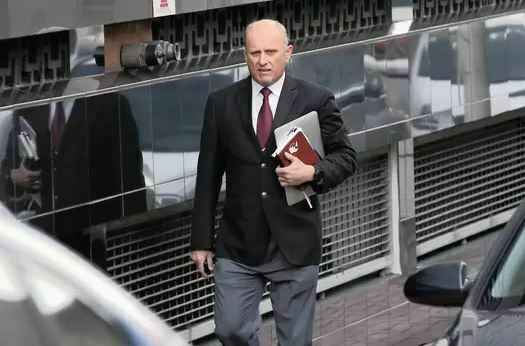 Durban – The former head of Durban’s Glenwood High School, Trevor Kershaw, will spend the next three years under correctional supervision with a 10-year suspended prison sentence hanging over his head.

This after he pleaded guilty to fraud charges of just over R5million. A plea agreement with the State was reached on Thursday.

The case has dragged on in the courts for the past three years after Kershaw was charged with defrauding the school in 2016.

With Glenwood High regarded as one of the leading schools in the city, the scandal shocked parents, pupils and Durban’s wider school community, with the final chapter being closed this week.

Kershaw’s lawyer, Carl van der Merwe, confirmed that his client would not serve any jail time and that the plea bargain included that he was “remorseful” for his actions.

According to the plea bargain, while Kershaw was head of the prestigious school he had not kept the relevant documents to substantiate expenses he had incurred and had claimed reimbursement through fictitious documentation made up of more than 1600 dubious reimbursement claims and including over 100 homemade invoices.

“He foresaw the possibility that the school was being misled but nevertheless continued,” according to the plea bargain.

The Asset Forfeiture Unit seized Kershaw’s assets of R3m after his arrest.

The proceeds will be released to the school.

Principal Andri Barnes said: “The school has weathered the storm. Resilience is in Glenwood’s DNA. Our focus will remain on what is best for the boys.”

She welcomed the return of the funds, saying stringent accounting practices had now been put in place.

“Three people sign off on every transaction and the finance committee meets weekly to review transactions of the week.

“Our auditors have put very strict control measures in place,” she said, adding that the school’s budget had been “significantly trimmed”.

Magistrate Dawn Soomaroo of the Durban Commercial Crimes Court signed off on the plea agreement.

Motorist rescued after vehicle gets stuck in flash flood in Centurion

Durban dad plunges 10m from roof to his death