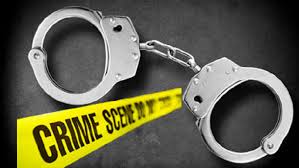 Durban – Police are investigating the circumstances that led to the murder of a 30-year-old woman in Morningside last week.

The body of Devashnee Doorasamy was found in her flat in 9th Avenue on Friday. A case of murder was registered at the Berea police station.

Less than a week later, police arrested a 29-year-old man who is believed to be known to the woman.

Doorasamy was somewhat of a local celebrity after she got married on a reality show in 2017.

In the show, called Married in a Flash, the former teacher married her husband, Megan Doorasamy.

Provincial police spokesperson, Colonel Thembeka Mbele, confirmed that a suspect had been arrested and was due to appear in court.

Taking to social media, a friend of Doorasamy’s described the former teacher as being someone who carried herself with dignity.

“She was adored by the children of Clarence Primary School, and this is because was a very caring member of the school and aftercare staff. She developed a reputation for being extremely hard working,” Ryan Naidoo said.

Her funeral will take place at the Clare Estate Hall on Wednesday.