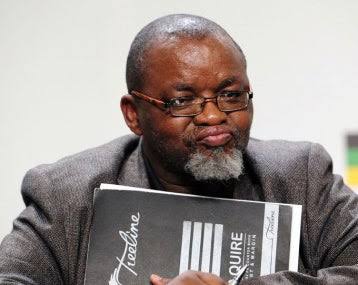 Johannesburg – In a fresh twist to the bribery saga involving Mineral Resources and Energy Minister Gwede Mantashe, the minister is now claiming that while he may have admitted to making the claim, he did not actually bribe journalists.

Mantashe caused a storm when a Sunday World report revealed that he had admitted to bribing two Sunday World journalists with R70 000 to quash a story on his alleged extramarital relationship with a Pretoria student, Lerato Makgatho.

Sunday World has since said it stands by the story, daring Mantashe to sue the publication if he believed the allegations were untrue.

On Monday afternoon, Department of Mineral Resources and Energy Chief of Staff Moferefere Lekorotsoana in an interview on 702, in an about turn, revealed that while minister made the utterances, he had not actually committed the act.

“The minister’s version is he did not pay the journalists to bury a story. So the reality right now is, he may have made those claims… he doesn’t deny having said that but the fact of him paying any journalist to hide a story he denies.

“There is no veracity, it hasn’t been proven that he actually has paid. No one has come forward and said ‘yes the minister has paid me’,” Lekorotsoana told 702.

When pressed on why Mantashe made such claims, Lekorotsoana said he had no idea what the rationale behind his claim was.

Meanwhile, calls are mounting an investigation into the matter and for Mantashe to step down amid the allegations.

Despite this, the ANC has thrown its weight behind the minister, who is the party’s national chairperson, saying it believed his version of events.