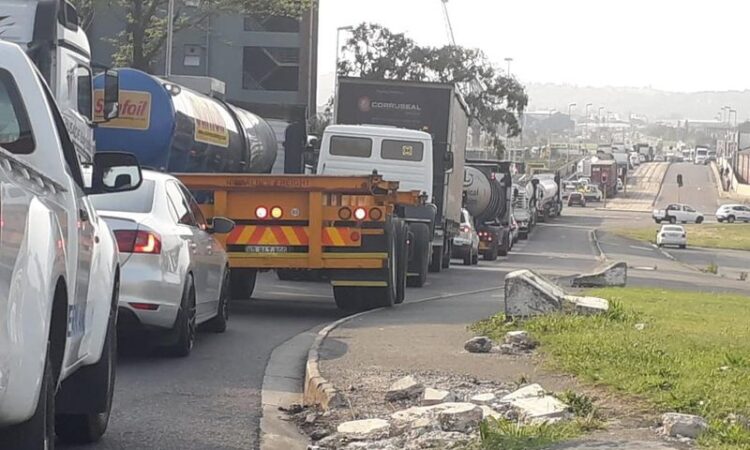 Port authorities say trucks arriving ahead of time when terminals are not ready to process them is what’s causing the congestion at the Durban Harbour.

“We have started with working with Metro Police and other security teams in the port to try address the issues of decongestion.”

There’s been a queue in the Maydon Wharf Precinct stretching several kilometres since Friday morning.

Some truck drivers have told Newswatch it appears they’ll be spending the night still stuck in the backlog.

Transnet National Ports Authority is asking transport companies to not send anymore trucks to the precinct until the congestion has eased.

General Manager at the Port of Durban, Moshe Motlohi says the Decongestion Task Team has been pushing for all port terminals to have a booking system that will give port users information on truck volumes so they can plan better.

He says they’ve brought experts onboard to ensure better traffic flows in the near future.

“We have engaged property developers who have land packets in the Western side of the eThekwini city where they are developing a massive staging area.

“That staging area we think it can serve the purpose for those trucks who would be coming from far who would be awaiting further instruction they can park there and only come to the port when they are expected to come in here.”

He says an application for ownership of the roads around Maydon Wharf to be transferred to the Port of Durban is also before the City.