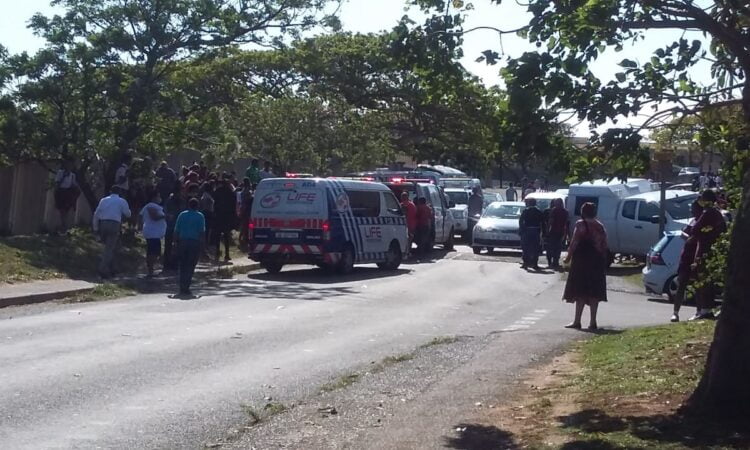 Durban – The parents of four Fairvale Secondary school pupils, who were hit by a car in Wentworth last week, say their children are still very traumatised.

The learners’ families and some community members have gathered outside the Durban Magistrate’s Court, where the driver and a passenger are due to appear, for the second time.

They’ve been charged with reckless and negligent driving and possession of stolen property – after police said their vehicle had been stolen in Amanzimtoti.

In a video posted on social media, the driver is seen performing stunts outside a school on Retreat Road, before the car ploughs into a group of children on the pavement.

“What we’d like is for them not to get bail. For every action, there shall be a reaction. They knocked children; they knew what they were doing was wrong.

“They were told that they must stop doing what they were doing, but they continued anyway, so they need to go and lay in jail.”

Meanwhile, a mother of 15-year-old son Daeton Jackson – who had to wear a back brace since the incident – said: “I was really honestly angry that my son was involved in such a thing. It could have been worse, but I thank God it wasn’t and that all the kids are okay.”