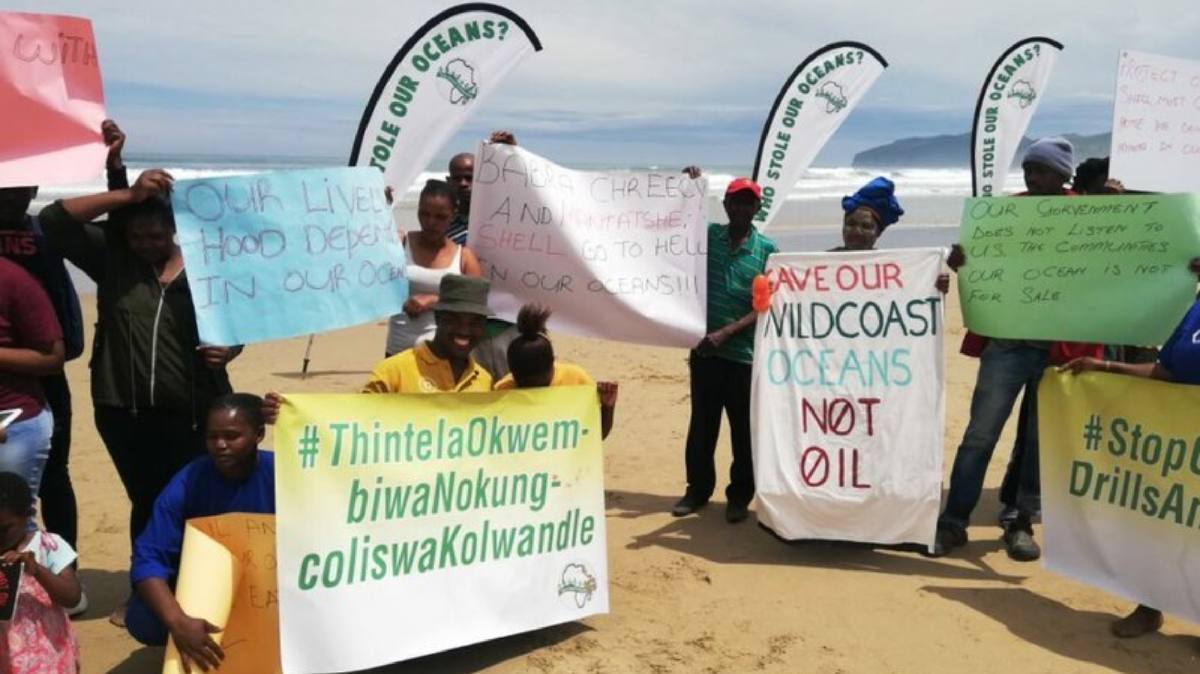 The Makhanda High Court in the Eastern Cape has ruled in favour of environmentalists and the public in halting the Shell seismic survey off the wild coast.

In welcoming the Shell seismic survey interdict, environmentalists issued a stern warning to private companies who wanted to profit at the expense of communities and the environment.

On Tuesday, the Makhanda High Court ruled that Shell could not continue with the blasting, which was meant to explore for oil and natural gas off the Wild Coast.

According to Shell, the survey would have taken the next five months to complete, covering almost the entire Eastern Cape coastline.

Judge Gerald Bloem had reserved judgment after a lengthy day of argument before Christmas between legal teams representing coastal communities, the Minister of Mineral Resources and Energy and the oil giant.

Bloem granted the applicants Amadiba, Dwesa-Cwebe, Port St Johns and Kei Mouth communities an interdict against Shell. The minister and Shell were ordered to pay the applicants’ cost.

Janet Solomon, director of Oceans not Oil, called the decision “a complete testament to the power of the law in this country and to people power”.

“This ruling is the very definition of law and justice being the cornerstone of our society. And it will be a very vocal warning to companies that people have the power,” said Solomon.

Sinegugu Zukulu, of Sustaining the Wild Coast (SWC), said the judgment was an indication of the importance of the people’s voices.

“This case reminds us that constitutional rights belong to the people and not to the government, and that the only way that we can assure that the rights of indigenous people are living – and not just written on paper – is if we challenge government decisions that disregard these rights. This victory is hugely significant because we have made sure that the rights of indigenous communities are kept alive,” said Zukulu.

Shell’s blasting of air guns to tell if the resources were under the seabed, which started on December 2, will now have to stop.

At the December 17 hearing, advocate Tembeka Ngcukaitobi argued that Shell was acting illegally and should not be allowed to continue, that communities he represented were not consulted and it was not appropriate for Shell to have dealt only with certain kings and a dubious representative.

Ngcukaitobi lashed out at Shell’s lawyer for regarding their cultural, religious and spiritual relationship with the ocean as “subjective” and said that had the company consulted them better, it would have come up with better knowledge about planning mitigating factors to the “blasting”.

Environmental activists say today’s court victory against #Shell is an excellent start to what is likely to be a long journey. The high Court in Makhanda interdicted Shell from proceeding with a seismic survey along the wild coast. #DStv403 #eNCA pic.twitter.com/uXTGQ26VM3

Adrian Friedman, on behalf of Shell, said the group was applying mitigating factors beyond what was legally required and that the exploration vessel was far from where coastal communities enjoyed living beside the ocean.

Ngcukaitobi presented evidence from scientists on how sensitive endangered species, including southern right whales and loggerhead and leatherback turtles, would be negatively affected by the “jet engine” sounds of the air guns.

Delivering the ruling, Judge Bloem alluded to Shell’s failure to follow consultative processes as set out in the Mineral and Petroleum Resources Development Act.

“If the Mineral and Petroleum Resources Development Act procedure was followed, Shell would have been made aware of the communities’ cultural and spiritual beliefs, and taken appropriate measures to mitigate any harm that would have been highlighted during the consultation procedure. Shell failed to do so with the applicant community, and should be allowed to use the consequence of its failure to adequately consult with all interested and affected as a ground for why the interim interdict should be granted against it.”

Richard Spoor Attorneys lawyer Johan Lorenzen, who worked closely with the affected communities, said as much as the ruling did not completely stop Shell, it was a clear message that companies should follow the law and get approval through a rigorous process.

“The judgment sends a clear message to companies and the state that you disrespect communities at your own risk. If you are genuinely interested in development, engage your communities, take them seriously, listen to their concerns and have your project address them. Failure to do so does not give companies the right to come to the communities and label them as anti-development for asking that basic requirements are met with respect, ” he said.