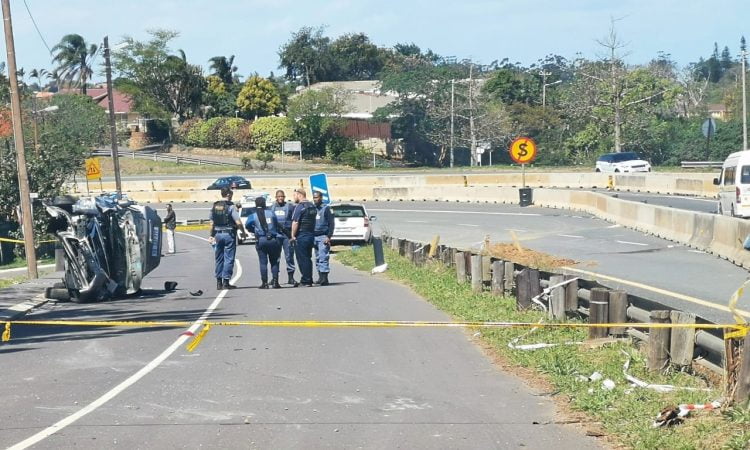 Durban – A HIJACK victim was found in the trunk of his car after a high-speed chase and shootout between Westville SAPS crime prevention and the armed hijackers in Westville this morning.

According to Westville SAPS communications officer, Captain Elizabeth Squires, the incident happened at about 11.45am.

During a patrol along Rodger Sishi Road in Westville, local SAPS said the suspects in a Nissan Almera accelerated when their police vehicle was spotted.

“A chase ensued, there was an exchange of gunshots between the police and the suspects. The Almera headed towards the M13 where it crashed into a concrete barrier,” said Squires.

The suspects are still at large.

“The vehicle was hijacked in Sydenham and the owner (40) was found in the boot of the car,” said Squires.

The owner of the vehicle is alive.