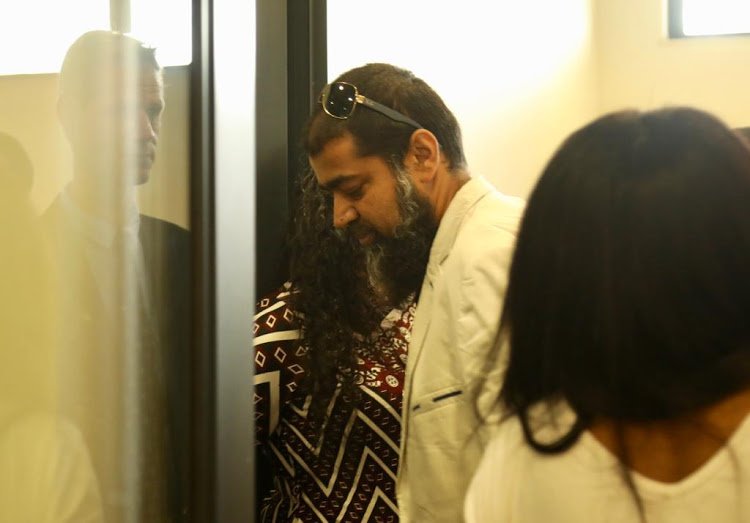 Durban – A man accused of terrorist-related activities in Durban and having links to the Islamic State has had his bail conditions relaxed, allowing him to travel out of the country.

Farhad Hoomer, who is accused of orchestrating an attack at the Imam Hussain Mosque in May last year which resulted in the death of Verulam mechanic Abbas Essop, as well as firebomb attacks at retail outlets in the months that followed, will be allowed to travel China for business.

This was revealed when Hoomer, together with his 11 co-accused, appeared in the Verulam magistrate’s court on Monday.

Senior state prosecutor Mahen Naidu told the court that Hoomer’s lawyer, Jimmy Howse, had requested that his client’s bail conditions be relaxed to allow him to travel to China.

Hoomer previously told the court his import and export businesses turned over R5m a month.

Naidu emphasised that the state would allow Hoomer to travel only if certain criteria were met.

“We have no issue with the relaxation, based on the conditions that he is allowed to travel to China only, his stay does not exceed seven days, that he provides the investigating officer with a full itinerary and his travel details, including where he will be staying, his departure and return dates, and informs us in advance of his trip.

“This relaxation will apply only until the matter is heard in the high court. Another application will then need to be made should he want to continue to travel.”

Naidu said that the defence had requested that the state reconsider how many times a week the accused would have to report to their nearest police station.

“We agreed the accused should report to their nearest police station once every second week,” he said.

TimesLIVE previously reported about an affidavit disposed by Col Johannes Vreugdenburg of the organised crime unit at the Hawks, in which he provided reasons why the voice samples were needed.

Vreugdenburg’s affidavit highlighted that on August 7 2018, Woolworths’ financial call centre in Cape Town received calls from a person stating that he had information about the bombings at their shops in Durban, and that upon Hoomer’s arrest he recognised “similarities between his voice and the digital recordings received from Woolworths”.

Magistrate Irfan Khalil granted both applications and postponed the matter for further investigation.

The veracity of Hoomer’s voice samples is expected to be deliberated on October 16 when he will appear alone in the Verulam court.

Khalil also ordered that all the accused appear on December 13, when the state is expected to provide feedback on the data analysed from the 216 electronic devices seized from the accused.