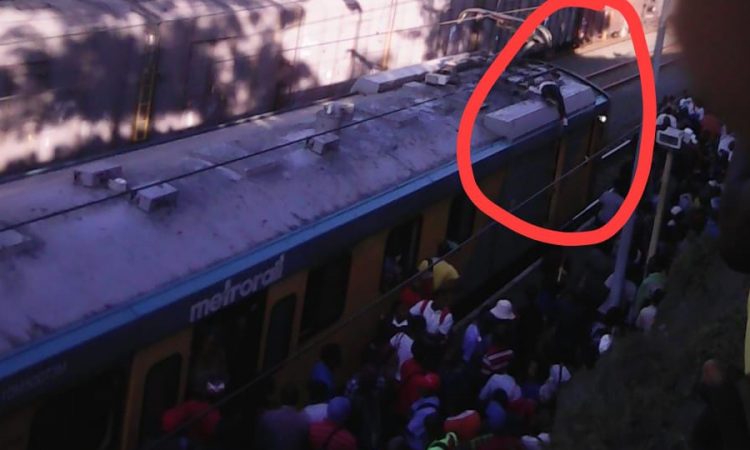 An alleged illegal train surfer has been seriously injured after mistakenly touching the electrical cables on top of a train in Shallcross.

KZN EMS paramedics responded to the distress call around 07h30 in Shallcross and found the man lying on top of the train.

The man was removed from the train and stabilised by the medics.

He was lucky to survive the very high voltage but suffered serious burns on both hands.

Metro rail traffic was delayed as paramedics attended to the man.

He was taken to hospital with critical but stable injuries.