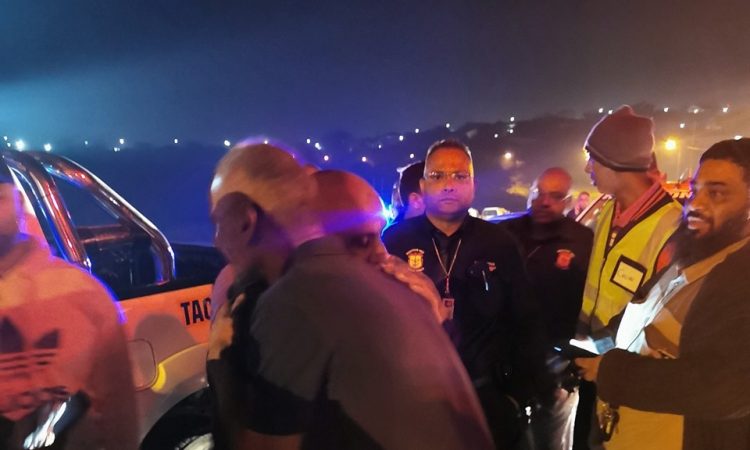 Durban – A Durban businessman and his employee say they were tortured and burnt with pieces of plastic after being kidnapped on Monday.

Dawood Safla, 44, and his employee Shafee, were kidnapped during a robbery at a scrapyard in Pinewood Road, Durban.

They were released later on the same day after Safla’s family paid ransom money to the kidnappers.

According to a statement by Reaction Unit South Africa (RUSA), three men entered the property and produced firearms.

“Staff managed to lock a security gate preventing the gunmen from entering. The suspects then forced Safla and one of his employees into his Toyota Hilux bakkie and sped off,” Rusa spokesperson Prem Balram said.

“The two explained that they were being tortured and burnt with pieces of plastic while being held captive. The victims were restrained with cable ties. The suspects threatened to murder them if the ransom was not paid,” Balram said in the statement.

According to Balram, RUSA and the Verulam SAPS tracked and recovered the bakkie, which had been abandoned on an unpaved road in Inanda. The victims could not be located.

“The suspects made contact with Safla’s family and demanded a ransom, which was paid. Several law enforcement agencies, which included private security and police, as well as relatives of the missing men and members of the public, searched for the kidnapped victims who were eventually located on Inanda Road.”

According to Times Select, a source, who is directly involved in the investigation, said the kidnappers had demanded that R10 000 be paid into Safla’s account.

They reportedly withdrew the money from his account before releasing him and his employee.

“The suspects robbed [Safla] of his bakkie and he was also taken. The vehicle was later recovered near Buffelsdraai and the victim was found at Amaoti unharmed. A case of carjacking and kidnapping was opened at Verulam police station for investigation,” Mbele reportedly said.