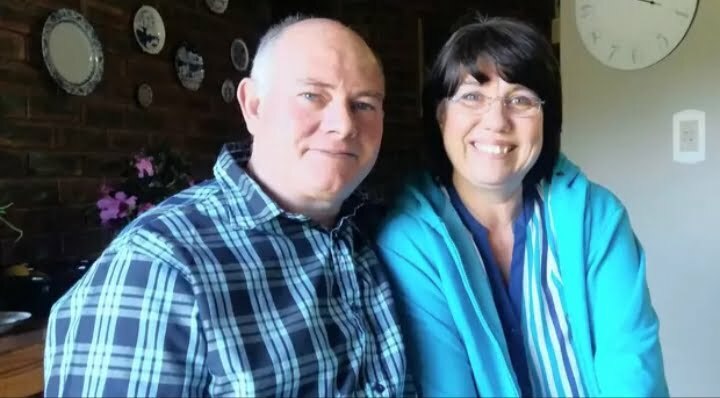 Durban – Despite having a good medical aid, Pinetown resident Hennie Botha, 52, is facing mounting debt of thousands of rands because of the cost of his cancer treatment.

And he is not alone: the exorbitant cost of treatment for cancer in South Africa is way beyond the reach of most citizens.

The 2017 Cancer Medicines Report highlighted a year’s supply of cancer medicine, lenalidomide, was less than R32000 in India, but cost R882000 in South Africa. Added to this is a highly restrictive patenting system in South Africa, putting the brakes on competition which could lower prices.

Botha was diagnosed with Stage 4 carcinoid cancer last year, after suffering what he thought was anaphylactic shock. “I was cleaning the pool when I started not feeling well and collapsed. My blood pressure and my heart rate dropped. I didn’t think I would survive.”

He was tested for possible allergies and treated with antihistamine and cortisone. But that day was followed by eight more similar attacks, including a severe one on Christmas Day.

By that time he had lost 20kg and was fearful of eating, not knowing what he could be allergic to and when he would suffer another attack.

He was referred to a paediatric allergy specialist, who immediately diagnosed a carcinoid reaction.

After further scans confirming stage 4 carcinoid cancer, which invades many parts of the body with the biggest concentration in his liver, Botha underwent surgery to have two growths removed. Undergoing further treatment, there has been a positive reduction.

While 80% of the costs are covered by medical aid, Botha is battling to cover the 20% co-payments, which run into thousands of rand and continue to escalate. He was medically boarded and his wife Anneli resigned from her job to look after him.

“The results from this medication are very positive and in my opinion, a miracle. Emotionally as a family, we are in a good place and anchored by our faith.

“I need to continue this treatment which costs R89000 every eight weeks. It’s a case of pay it or die.”

Cancer Alliance and Access to Medi­cine Campaign’s project manager, Salome Meyer, said 84% of the population could only access cancer treatment from the public sector, which is available at 10 treatment centres across the country.

The remaining 14% access private health care and “many patients, when diagnosed, are faced with the reality that their scheme’s benefits are not enough and have to face exorbitant cost from their own pocket”, she said, adding, “Most of the schemes, if not all, have not increased their benefit for the last five years or more, while the cost of treatment has increased.”

Of key concern to the Access to Medicine Campaign is the issue of patents, most of which are for 20 years and shut out competition from other medicines. If more medicines were allowed, it would lower prices. This is exacerbated by secondary patents, which are granted under a minor modification to, or new uses of, existing medicines. One medicine often has multiple secondary patents, each providing 20 years of further patent protection.

In the 2017 Cancer Medicines Report, Dr Andrew Hill, Department of Translational Medicine from the University of Liverpool, highlighted the dramatic drop in the cost of HIV/Aids treatment in South Africa since 2002. “This was only possible because patents have been removed, allowing mass production of low cost generics,” said Hill, urging the South African government to reconsider its approach to patented versus generic medicines for cancer.

“The South African government is allowing patents to be granted on many cancer drugs, which then allows pharmaceutical companies to charge high prices, which can be a barrier to access,” he said.

The Cancer Association of South Africa (Cansa) confirmed it had received numerous concerns from people regarding challenges faced in accessing life-saving cancer drugs because of high costs and availability.

“While we welcomed a final policy to reform these laws last year, we are still waiting for a bill from government to move the process forward and actually ensure that people have improved access to medicines on the ground. Delays to this process are costing lives.”

Fix The Patent Laws Coalition and Cancer Alliance are pushing for government to urgently address the patent issue and provide affordable generic medicines for cancer.

The national Department of Health spokesperson, Popo Maja, said the department had embarked on a number of interventions to reduce the cost of medicines.

For further information on the cost of cancer medicines, go to www.canceralliance.co.za or www.fixthe patentlaws.org

Source: The Independent on Saturday