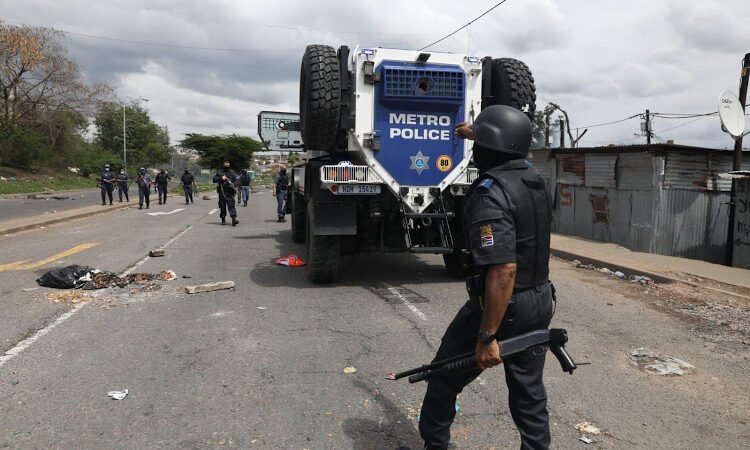 Durban – A protester has died in KwaMashu, north of Durban, after being run over by a metro police armoured truck during a protest on Monday.

According to reports by metro police, the man “ran into the armoured vehicle” and was severely injured.

“The protesters got a car that took him for medical attention. The situation was volatile and members could not assist the injured person. The driver of the armoured vehicle reported the accident at KwaMashu SAPS,” said metro police spokesperson Snr Supt Parboo Sewpersad.

The reason for the protest is unknown.

Police did not immediately respond to queries.