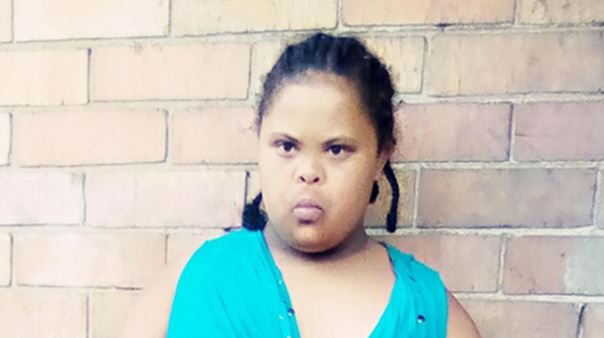 An Eldorado Park is seeking answers after it took Helen Joseph Hospital 45 days to inform them of the death of their daughter 15-year-old Rene Andrews.

The teenager, who had Down syndrome, was admitted on August 9 after being diagnosed as having water in her lungs.

Gauteng Health Department spokesperson Kwara Kekana confirmed that Rene was a patient at Helen Joseph Hospital and passed away on August 27.

The teenager’s parents Colin and Jasmine Andrews found out on October 10 that their child died about six weeks ago when they went to deliver a care package for her.

According to the statement issued by the Caitlin Douman Foundation on behalf of the family, due to Covid19 hospital regulations, Rene was not allowed visitors.

However, her parents called the hospital to be updated on her condition on a regular basis. The parents were assured that their daughter was doing fine.

On the evening of October 9, the family arrived at the hospital to drop off a care package for Rene but we were told that there was nobody of her name in the hospital. The following day the parents and a family friend returned to the hospital near Auckland Park and were informed after a long wait that their daughter had died on August 27. The cause of death was pneumonia.

Family spokesperson and Caitlin Douman Foundation director Charis Pretorius said: “The family is still grappling with trying to make sense of it all. Jasmine is really not coping. She is struggling to come to terms with all of this. It is very, very difficult for her.”

Pretorius accompanied the family to identify Rene’s body on Monday. While describing the gruesome state the family found her body in, Pretorius told The Star that because she was in the mortuary for so long she had some discolouration on her face.

“She had been in the mortuary for so long that there was major discolouration on her face. She had gone blue already. Her skin is actually peeling at the moment. We have been advised by the undertakers that there is no way that we can have a viewing at the funeral tomorrow (today) because of the unfortunate condition she is in,” Pretorius said.

She added that Rene’s older sister, who is in Grade 12, has not been able to attend school as she was struggling with what happened to her sister.

“They are really struggling. Colin, the father, is trying to keep it altogether but you can see that he is struggling too.”

“It’s really hard on them at the moment we are just hoping we will be able to provide them with the necessary counselling as of next week so that they too can start processing and work through what they are dealing with,” Pretorius added.

Mamabolo extended words of condolences to Rene’s family for their loss.

“It is never easy to lose a loved one, especially if that loved one is a young person who still had their future ahead of them. The investigation into the handling of Rene’s case should help us to improve patients’ experience of care,” he said.

The 15-year-old’s funeral will take place in Eldorado Park.

Meanwhile, the hospital has been in the headlines for all the wrong reasons this year.

In May, its support staff protested outside the facility asking to be tested for Covid-19, among other requests, after numerous nurses tested positive for the virus.

In July, it was reported that staff and patients had no water for a few days because of a fault with internal pipes. For about three days, patients were unable to bath or wash their hands