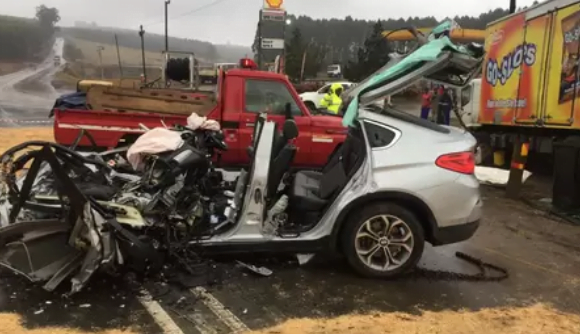 DURBAN – The driver of a light motor vehicle was killed on Tuesday morning following a head-on collision with a truck in Richmond, KwaZulu-Natal, the ER24 private ambulance service said.

The man, believed to be in his forties, died on the scene after rescue services had to cut him free from his vehicle.

“Rescue services had to use specialised rescue equipment to free the man, an operation lasting two hours,” ER24 said.

“Once freed, paramedics immediately began treating the patient. After a few minutes, medics found that the patient’s vital signs rapidly diminished. CPR and advanced life support interventions were immediately initiated, in an effort to revive the patient. Unfortunately, after some time, no vital signs returned, and the man was declared dead.”

Police were on the scene investigating the circumstances surrounding the crash.