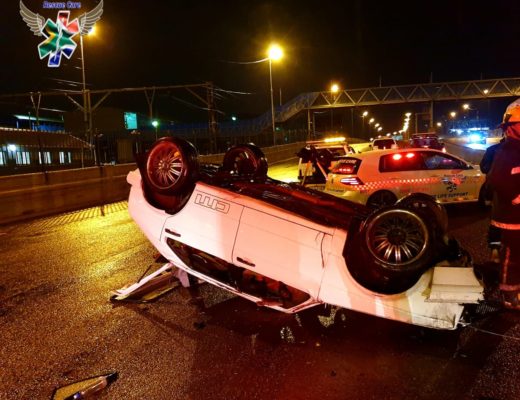 Durban – A man believed to be in his 30s was killed in a single vehicle accident on the M4 Southern Freeway Durban-bound before the Moore Road off-ramp in the early hours of Sunday morning.

Rescue Care Paramedics responded to the call just after midnight, to find a single vehicle had rolled several times before coming to rest on its roof.

Paramedics found a body on the freeway with severe injuries and the man was declared deceased on the scene.

It is unknown if this was the driver or a Pedestrian involved. There were no other injuries on the scene.

Three lanes of traffic were closed while emergency personnel cleared the scene.

The cause of the accident is unknown however police were at the scene to investigate.