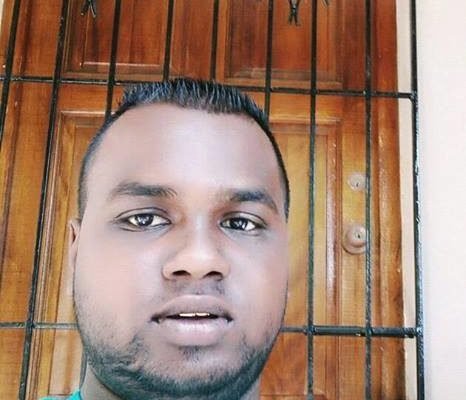 Durban – A Chatsworth Secondary School pupil, who was preparing for his matric exams, died a hero while protecting his brother during an altercation with his brother’s girlfriend’s relative, who did not approve of their relationship, on Saturday afternoon.

Roryen Michael Naidoo (20) was shot dead in Westcliff after trying to resolve a dispute between his 18-year-old brother and his girlfriend’s relative.

Communications officer of Chatsworth SAPS, Cpt Cheryl Pillay, said police arrested a 40-year-old suspect for the murder and that he is currently under police guard at a local hospital.

“The arrest was made after a 20-year-old man was shot during an altercation in Westcliff on Saturday, September 22. The victim was transported to hospital where he succumbed to his injuries,” she said.

Police received information that the suspect was at a local hospital receiving treatment after being stabbed, according to Cpt Pillay.

“Police seized a CZ75 pistol, one magazine, ammunition and a knife. The accused will appear in the Chatsworth Magistrate’s Court soon,” added Cpt Pillay.