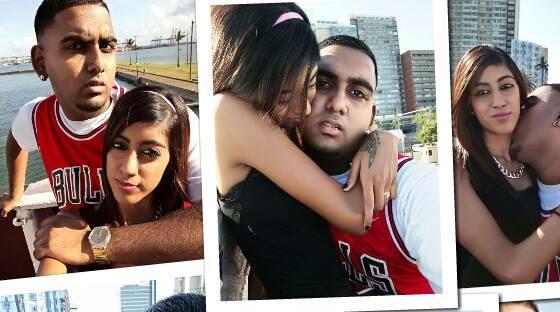 DURBAN – The suspect arrested in connection with the murder of a woman and her two daughters in Phoenix, was a friend of the mother.

The 45-year-old suspect, who was arrested on Friday night, faces three murder charges. Three sources, independent of each other, have linked the man to Jane Govender, the mother of the two daughters killed.

Govender, 44, and her daughters Denisha, 22, and Rackelle, 16, were found dead at their flat 29E, Tasvir Mansions in Longcroft, on Friday.

According to Sunday Tribune, the suspect, a tow-truck driver until last month, was fired from his job for spending too much time away from work.

A source close to the suspect claimed he had known Govender for almost a decade.

Denisha’s body was found with stab wounds and stuffed inside a ­wardrobe.

Before a police sniffer dog alerted its handlers to her body, Denisha’s father, Sagren Govindsamy had already found the bodies of his wife and youngest daughter inside the flat.

“He’s too distraught to speak to anyone, he’s still trying to absorb the fact that his entire family is gone,” said Pastor Mervin Reddy, who spoke on behalf of Govindsamy, an employee at the Phoenix Industrial Park.

Govindsamy had just come off night shift when he unsuccessfully tried to enter the flat on Friday morning. After resting at his mother’s home nearby, he returned and climbed through a window, only to find the murder scene.

On Saturday, forensic investigators reopened the SAPS seal to the flat. As they probed for clues, neighbours craned their necks to peek at what lay beyond the doorway.

Neighbours speculated that the women were killed at different times.

“Denisha came home at 11 am, Rackelle came from school in the afternoon and Jane in the evening.

“If they were attacked together we would have heard their screams. The walls are thin here,” said a neighbour, who lives less than 10m from the flat.

He appeared to have proposed a year ago.

Tributes have been pouring in for the women on social media.

The most shared post came from Denisha’s fiancé, Macaelin Padayachee.

He wrote: “Baby we had so many goals that we were supposed to achieve together.

“We were supposed to get married early next year, planned to go to Thailand for our honeymoon”

The couple were planning to buy a property.

“We wanted to have babies together, two sons. We wanted to get two cream Chow Chows as pets, we were supposed to live happily ever after.

“Baby every dream I had, every single one was with you in it babe! Now every bit of hope and dreams is crushed,” he wrote

“I love you more than I love myself. It hurts so bad when I think of what happened to you, and even though I’m a grown man I break down crying. You taught me how to love, you (are) the only girl I ever loved, and now I don’t have you. But I know you’re in a better place now. RIP my Queen,” Padayachee said.

The suspect is expected to appear in the Verulam Magistrate’s Court on Tuesday.

The post-mortems are expected to be conducted on Thursday. SUNDAY TRIBUNE