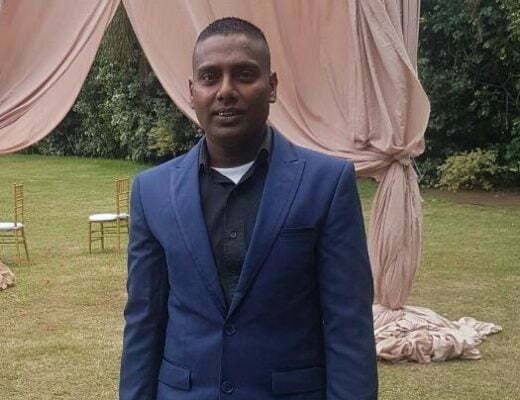 Durban – Last Tuesday, a six-year-old Montford girl watched in horror as her father was allegedly brutally assaulted while handcuffed in his home by police officers.

On Wednesday, the little girl had to relive the horror after she was told that her dad has passed away.

The family of 32-year-old Regan Naidoo have lodged a complaint with the Independent Police Investigative Directorate as they believe that police brutality led to the death of their loved one.

According to Naidoo’s family, they were told by police that he was hungry and they bought him a pie, which he choked on and later died at the RK Khan Hospital.

An independent post-mortem was conducted by the family and they are awaiting results.

Speaking to journalists, Naidoo’s distraught wife, who is six months pregnant said, “Regan was a humble and kind person and he was loving father to our six-year-old daughter. My family and I hope and pray that justice is served because he did not deserve to die in such a cruel and unfair manner.”

Naidoo worked as an alarm technician and was the sole bread winner of his family.

Close relatives are appealing to IPID to speed up the investigation as the family needs closure. Naidoo was laid to rest, last Thursday.

National spokesman of IPID, Moses Dlamini confirmed that the incident is being investigated.

Police minister, Bheki Cele, contacted Naidoo’s family after he was informed of the incident.