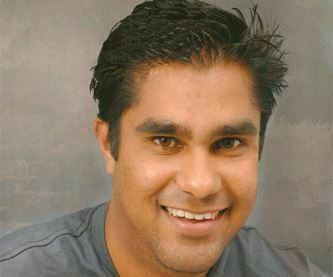 Durban garage owner’s murder may have been revenge killing

Durban – Investigations into the assassination of Durban garage owner, Kidesh Ramjettan have revealed that revenge may have been the motive. This after it emerged that he was shot and killed a few days after the release from prison of accuseds in a case he was a witness, a source close to the investigations has revealed.

Ramjettan was gunned down at his garage in Rossburg last month and his family is desperate to know why he was killed.

In a new development in the murder investigation it has been revealed that a few days prior to his murder two ex-policeman convicted of corruption had just been released from Westville prison after serving five years behind bars.

The deceased was apparently the key witness during the ex-policemen’s trial, the source revealed.

Ramjettan’s brother Anesh, says his parents and brother’s distraught wife, Lonica and their two-year-old son, Kiaan are failing to come to terms with his death.

“My mum, dad, his wife and child – and all of us in general – cannot understand why would someone take Kidesh’s life in this manner. As we speak, we are receiving medical attention. My mum’s very distressed, and cries very often. My dad’s also [very upset]. Kidesh’s son is two-and-a-half years old and doesn’t understand what happened to his dad. He asks for his dad and we keep telling him that his dad is at work,” he said.

In CCTV footage that has emerged, Ramjettan is seen leaning into a vehicle and talking to a patron at the garage. 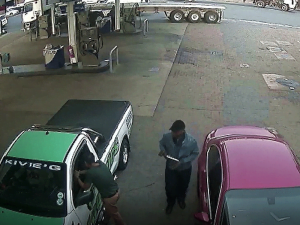 A video screengrab of moments before Kidesh Ramjettan was fatally shot at his garage in Rossburg, south of Durban – supplied

A man is seen approaching the vehicle, pulls out a silver firearm and shoots Ramjettan twice in the head and once in the chest.

Ramjettan says the family cannot understand the murder as his brother was a bubbly social person with no enemies.

Anesh says they’re offering a R300-000 reward after the previous reward of R50 000 did not produce any leads so in a desperate attempt to find answers, the family decided to increase the reward.

“Please come forward and give us some information so that we can get some closure on this – for my mum and dad, his wife and his child,” Ramjettan said.