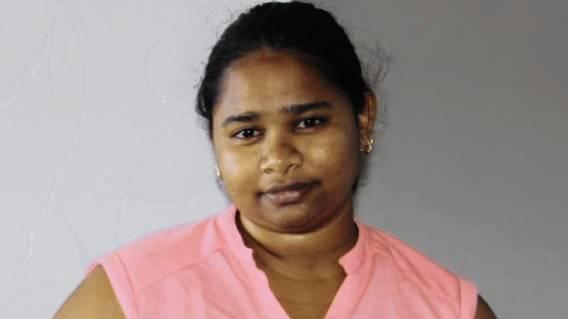 Durban – Phoenix resident Vanitha Valerie Kandasamy, 29, was over the moon at the thought of having her second child – her first son.
But she did not even get the chance to hold him when he entered the world on Saturday.

With her newborn in the arms of her anxious husband, she gripped her helpless partner’s hand tightly as she bled to death in the back of an ambulance.

For Kandasamy there would be no cuddles with her new baby or joy in watching him grow up.

And Lyle Valen Naidoo, the son she would never know, would never feel his mother’s touch.

“She was everything to us – the glue that held our family together,” her devastated husband Lionel Naidoo told POST following her funeral on Monday.

“She was so excited about our baby. She ate the right things, went for check-ups and did everything possible to ensure she had a healthily pregnancy.

“She had bought clothing, toiletries, nappies and toys in preparation for our baby’s arrival.”

The memory of his wife screaming out in pain while being transported to hospital for an emergency operation would forever be etched in his mind, he said.

The 31-year-old printer believes that her life could have been saved if the KwaZulu-Natal Emergency Medical Services ambulance had arrived in time.

The ambulance, which was summoned by staff at the 24-hour state clinic where Kandasamy had given birth, to ferry her to Mahatma Gandhi Memorial Hospital, arrived more than an hour later, he said.

On Saturday morning, 40 weeks into her pregnancy, Kandasamy began experiencing abdominal pains and was then taken to the clinic in Unit 10, Phoenix, by her husband and some of her relatives, because she had chosen not to give birth at a hospital, Naidoo said.

She was admitted just after 1am.

“I called her at 8am and she told me she had severe pains, so I returned to the clinic with relatives and our daughter to check up on her.”

While en route, a nurse called at around 8.30am, congratulating him on the birth of his son and advising him to buy his wife something to eat.

“She said my son was healthy and that my wife doing well.

“I was so happy because I always wanted a son. I began calling my family and sharing the news with them.”

But his joy was short-lived.

“When I arrived at the clinic just after 9am, they told me that my wife had suffered complications and was bleeding heavily.

“They explained that some of the afterbirth was still inside her and they were having difficulty removing it. They suspected there was a tumour on it.

“I was not allowed to see her. I was only able to see our baby. At intervals I could hear her screaming.

“At 9.30am, a nurse called a doctor at the Mahatma Gandhi Memorial Hospital, who told her to get an ambulance to transport my wife to the hospital urgently as she needed an emergency operation to remove the afterbirth.”

Naidoo said the ambulance arrived only at 10.40am.

“This was just over an hour. She continued to cry out and scream in pain.

“She was placed on a stretcher with just a sheet covering her naked body. The nurses handed me my son and told me to go with the ambulance to the hospital.”

“The sheet was soaked in blood, and so was the floor of the ambulance.

“I had my newborn in one arm and her on the other. She was in so much pain. I felt helpless. I just told her to breathe.”

Naidoo said that when they arrived at the hospital, his wife was rushed to the theatre and his son was taken for a check-up.

“The doctor and staff had been waiting for her, but minutes after our arrival they pronounced her dead. I was shattered. My whole world came down on me.”

Fighting back tears, Naidoo said that when he looked at his son, Lyle, his heart sank because he had never felt his mother’s touch.

“He was never held by his mother because she was in too much pain, and now he is going to grow up without her. One day I will have to tell him how his mother died, and this breaks my heart the most.”

The couple’s daughter, Natalia, 8, had been left traumatised by her mother’s death and would undergo counselling, he said.

Naidoo said he intended taking up the incident with the KZN Department of Health.

“The government must know what is happening at our local clinics and with government services. I don’t want another family to face a similar tragedy,” he said.

Kandasamy’s father, Sithamburam Kandasamy, said his family had been left devastated. “We want whoever was responsible to be held accountable. As a family we are supposed to be celebrating my grandson’s birth, but due to negligence we are mourning.”

Health Department spokesperson Ncumisa Mafunda said the death of any individual was always a painful and traumatic experience.

“The department conveys its condolences to the family. The department has launched an inquiry and will schedule a meeting with the next-of-kin.”

No bail for accused in Phoenix teen’s murder

Durban garage owner’s murder may have been revenge killing