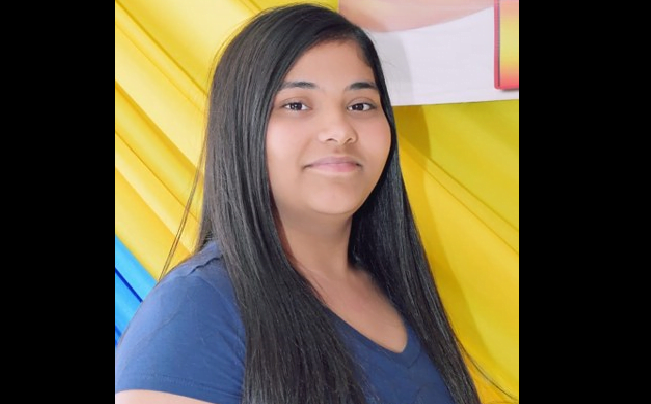 ‘I love my Ravi Daddy and please forgive me’. These were the heart-wrenching and chilling final words etched in a two page suicide note from a Moorton teenager, who ended her life on Friday.

Fifteen-year-old Nazeera Sheik Adam, who was described by her loved ones as a bubbly and caring child, had shown no signs of depression, however, her family believes that it is what caused her to commit suicide by shooting herself in her head.

Speaking to the Rising Sun in the comfort of his home, her devastated uncle, Ravi Reddy, who took in Nazeera four years ago after her biological mother had tragically passed on said the teen was the most wonderful and loving child anyone could ask for.

“My wife and I treated her as our own baby even though she was my wife’s sister’s child. We loved her as if she was our own and we are still trying to fit the pieces together and find a reason as to why this loving and beautiful child would kill herself. She was the daughter we always wanted and she was taken away from us so soon,” said an emotional Reddy.

Family members believe that it was Nazeera’s mother’s untimely death that drove her to depression.

“We suspect that she wanted to be with her mother, who would have celebrated her birthday on the Thursday before Nazeera took her life,” he added.

According to the traumatised family, Nazeera had searched for YouTube videos on how to use a firearm for the first time.

It is still a worrying mystery as to where she got the gun from.

Explaining the final moments leading up to the death of his niece, Reddy said, “We are busy renovating our house and the builders were breaking tiles in the kitchen. Even though the noise was so loud in the kitchen, we heard a terrible sound coming from upstairs. My wife and I then upstairs and upon our investigation, we also smelt something burning.”

His wife found Nazeera lying on the side of the bed in their bedroom.

“This was not only tragic but a shock to the family,” Reddy stated.

Growing up in abject poverty, the pupil was forced to miss two years of school. However, she had performed exceptionally well and was looking forward to high school next year.

Despite living in a Hindu home, Nazeera was free to practice her religion and was a Muslim by faith. She was laid to rest on Friday at the Shallcross Crematorium

An inquest docket is being investigated at Chatsworth SAPS.

Cluster communications officer of the eThekwini Inner South, Cpt Cheryl Pillay said police found a suicide note at the scene, which was seized.

First responder at the scene, Sivan Subramodey from Amawele Emergency Services said the teen was declared dead at the scene.