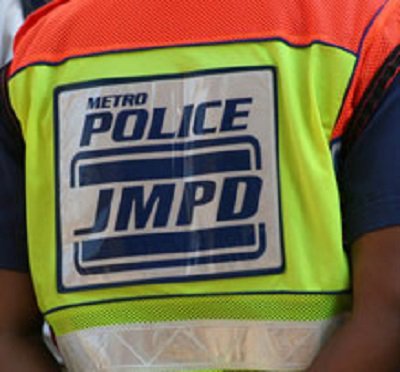 JOHANNESBURG – A Johannesburg Metropolitan Police Department (JMPD) officer has been arrested after he allegedly shot and killed a motorist during an altercation in Cosmo City, outside Johannesburg, on Thursday night.

The officer was off-duty when the shooting happened but used his service pistol.

JMPD spokesperson Superintendent Wayne Minnaar said: “The off-duty officer was driving a white Golf and made a U-turn and allegedly nearly collided with a blue Nissan Almera. The driver of the Almera chased behind the officer and there were words exchanged, and occupants of the Almera tried to disarm the officer. The officer shot at the car multiple times with his service pistol.”