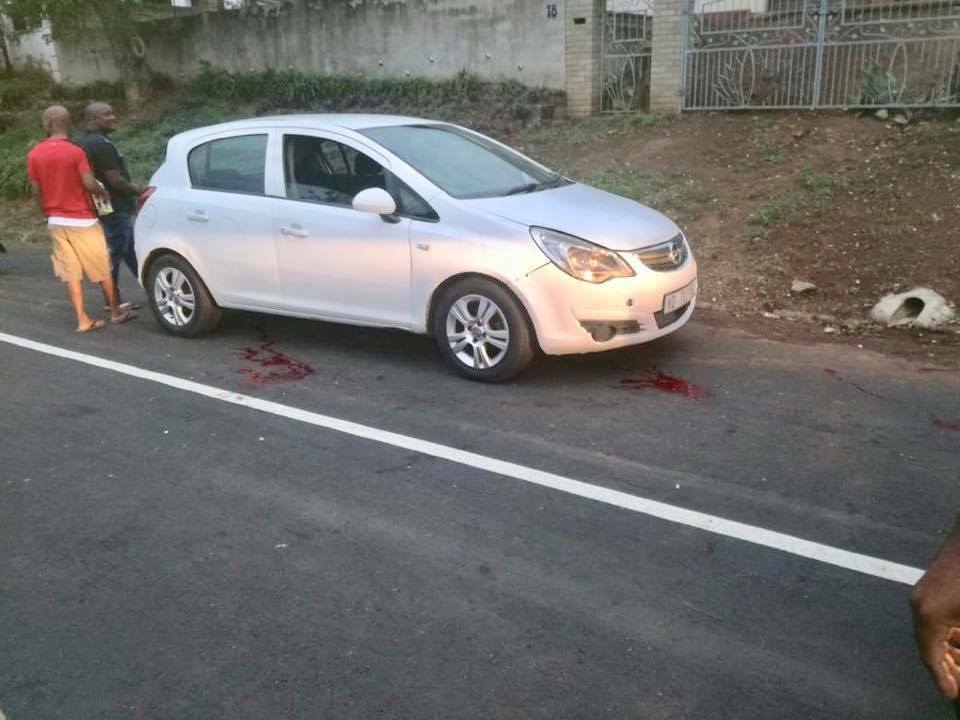 Members of Reaction Unit South Africa are searching for an indian male suspect who opened fire on a stranded motorist in a drive-by shooting in Verulam – KwaZulu-Natal a short while ago (Sunday).

The unknown suspect who is driving a white Ford Ranger opened fire on 34 year old Ndumiso Khumalo who was fixing his vehicle on the roadside on Buxon Street – Everest HHeights The victim sustained a gunshot wound and was found bleeding profusely & lying outside his white Opel Corsa. A spent 9mm cartridge was found nearby. Blood was found at the front of the vehicle & at the drivers door.

RUSA Officers arrived on scene at approx 18:15 & are currently conducting an extensive search of the area for the lone suspect who is armed with a 9mm pistol.

The victim who is employed as a counselor at a government hospital was stabilized on scene & transported to a medical facility for further treatment.

The motive for the shooting has not been established at this stage.